Our first Doofus is a mother from Stevensville, Montana.

A parent brought a dead bat to Stevensville Elementary School earlier this week, and now health officials are evaluating which students may need rabies shots.

Stevensville Superintendent Kent Kultgen says the woman brought the dead bat to school Monday morning and allowed kindergarten and fifth-grade students in her children’s classes to touch the dead animal.

While the risk of contracting the disease from the dead bad are extremely low, Ravalli County health officials are trying to determine who may have touched the animals’ mouth to decide who may need the month-long series of vaccines.

Rabies is a potentially fatal neurological virus that can be spread through saliva.

Kultgen says the school district’s insurance policy will cover the cost of the shots, which could be up to $800 per student.

According to ParentDish, the dead bat tested positive for rabies, and some 90 students are now receiving the course of injections - at a cost to the school's insurers of some $70,000!

Our second Doofus made a mistake of a considerably less dangerous nature - but nevertheless embarrassing.

A rare Egyptian jug, which just nine months ago was valued at £100, has sold for an astonishing £3.1 million.

The carved rock crystal 'ewer', which dates back to the Fatimid rulers of Cairo in the late 10th century, has been described as the 'Holy Grail' of Islamic art.

Experts at Christie's billed it as 'one of the rarest and most desirable works of art from the Islamic world'. 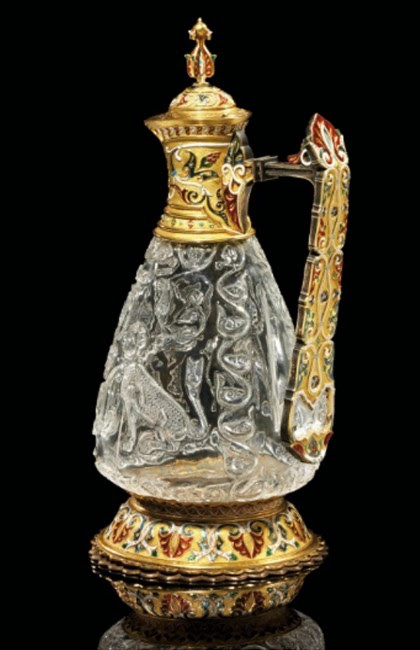 But back at Lawrences Auction House in Crewkerne, Somerset, there were no doubt a few red faces as the bidding spiralled. For in January this year one of their valuers estimated its worth at between £100 and £200 when they mistook it for a cheap French claret pitcher.

When bidding at that auction quickly soared to £220,000 the panic-stricken vendor realised its value may have been underestimated and pulled the plug on the sale.

Today it was back under the hammer at Christie's King Street auction rooms.

The slim-necked jug ewer is one of only seven of its kind known to exist in the world.

Decorated with elaborate engravings of cheetahs, it was made for the court of the Cairo-based Fatimid dynasty, which ruled across a swathe of the Middle East and North Africa between 908 and 1187 A.D. 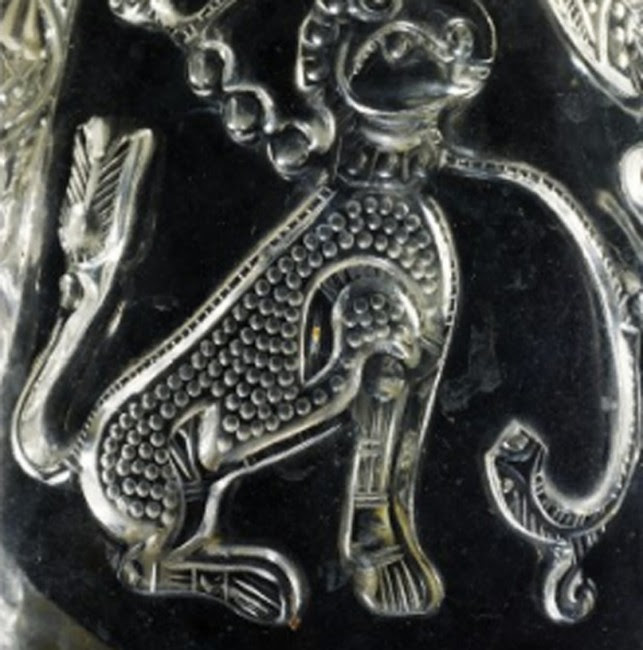 Fatimid rulers conquered Egypt in 969 and renamed their new capital city Al-Qahira, which remains the Arabic name for Cairo.

Only six similar ewers are known to survive, including one in London's Victoria and Albert Museum. 'If it's genuine as they say it is, then it's a tremendous discovery,' said Anna Contadini, an Islamic art expert.

I imagine the doofus - er, valuer - at Lawrences Auction House is rather red-faced about that! Still, I'm sure the seller is delighted. It's a nice jump from 'a cheap French claret pitcher' to 'the Holy Grail of Islamic art' - not to mention getting a price almost sixteen thousand times higher than the best estimate of the valuer!

I love the understated comment about the first auction. 'When bidding at that auction quickly soared to £220,000 the panic-stricken vendor realised its value may have been underestimated . . . ' No s***, Sherlock!