In 1956, on that date, the people of Hungary rose up to protest the domination and occupation of their nation by the Soviet Union.

As the BBC reports:

Soviet tanks were still on the streets, however, and the uprising continued.

On 25 October, tanks opened fire on a crowd in Parliament Square at point-blank range.

Hundreds died and were wounded, and the Communist Party was so shocked by the incident that it sacked Erno Gerö, replacing him with Janos Kadar.

Soviet troops began pulling out of the Hungarian capital on 30 October. Mr Nagy formed a government which was dedicated to lifting the shackles of Soviet communism.

By 4 November, the Soviet leader, Nikita Khrushchev, sent in the tanks in a ruthless crackdown in which thousands died and another 200,000 fled the country.

Imre Nagy took refuge in the Yugoslav embassy but was abducted by Soviet agents. He was executed in 1958 after a secret trial in Budapest in which he was accused of high treason.

In 1989, he was officially rehabilitated and reburied with full honours.

Hungary remained under Soviet control until the collapse of communism in 1989.

The second occasion for remembrance is one of the greatest tragedies in the history of the US Marine Corps. On this date in 1983, a suicide bomber drove a truck laden with explosives into their base in Beirut, Lebanon. 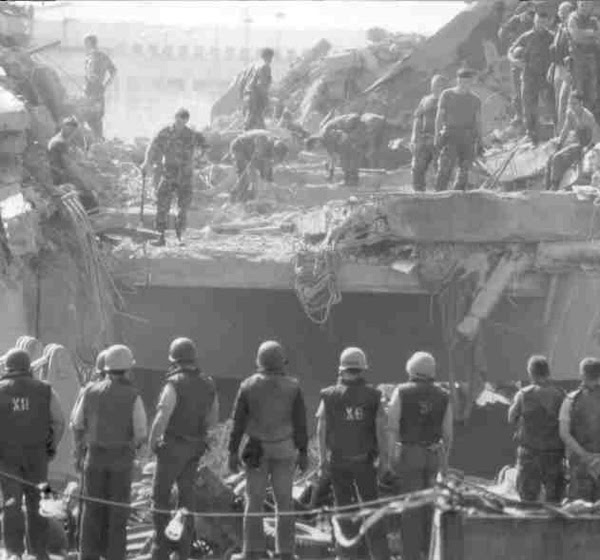 241 Americans died: 220 Marines, 18 Navy personnel and three Army soldiers. The Lebanese custodian of the Marines' building also died. Sixty Americans were injured. At the same time, another suicide bomber attacked a French base in the city, killing 58 paratroopers and five Lebanese civilians, and injuring 15 soldiers.

Tragically, the bombings would ultimately lead to the termination of the international peacekeeping mission in Lebanon. The strife in that country has continued to the present day.

To all those who died in Hungary in 1956, and in Beirut in 1983, and to those they left behind, our prayers go out. We remember them, and the importance of their sacrifice: and we shall not forget.

We should definitely remember the sacrifices of the many who have gone before.

We should also remember that appeasement buys nothing but blood and tragedy. There are many who need to learn that lesson.