An article in the Daily Mail drew my attention to the early ideology of the Nazi Party in Germany during the 1930's.

It seems that the Nazis sent out expeditions to various parts of the world, ostensibly to study natural sciences such as geology, biology, zoology, etc., but in reality to examine the areas they visited with a view to possible German exploitation - even eventual colonization. One of the places they went to was Guyana in South America. According to Der Spiegel, a German newspaper (publishing this article in its English-language edition):

Adventurous German scientists sent by the Nazi regime launched the first expedition into the remote region. Between 1935 and 1937, geologist and pilot Otto Schulz-Kampfhenkel and his men explored the plant and animal world in northern Brazil. The scientists recorded their adventure and turned it into a large-format film that was eventually screened in a number of cinemas in the Third Reich -- and is still considered a one-of-a-kind anthropological document.

During their months long expedition, the Germans managed to gain the trust of the rain forest natives, who allowed them to film religious festivals and rites. But the Germans were especially taken by the indigenous females, and Schulz-Kampfhenkel even fathered a daughter with a local woman.

But the scientists also didn't shy away from hardship during their expedition, dragging more than 11 tons of supplies through the jungle and losing one of their boats when it capsized in a fast-moving river.

The Daily Mail publishes photographs from a forthcoming book on the 'Guyana Project', showing some of the expedition's activities and the relics they left behind. Here, for example, is the grave of one of the Germans on the expedition, one Joseph Greiner, who died on February 1st, 1936, of a fever. 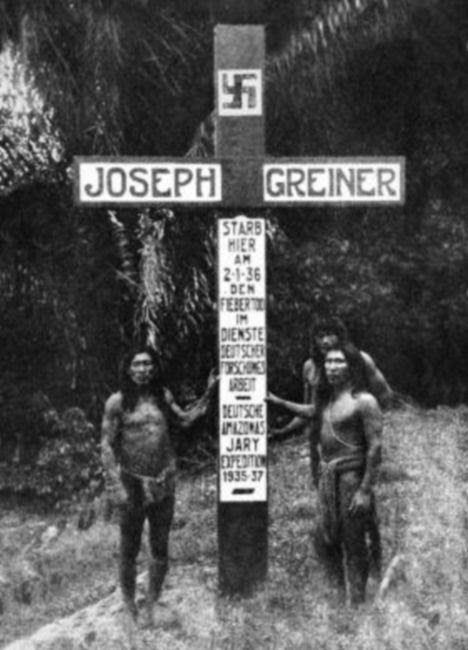 Here members of the expedition are shown with one of their boats. According to a German article in Wikipedia, translated by Google, "Only through the excellent driving of the Indians with their canoes on the rapids of Jary forward, it was the participants of the expedition at all possible, after almost two years to reach civilization again." 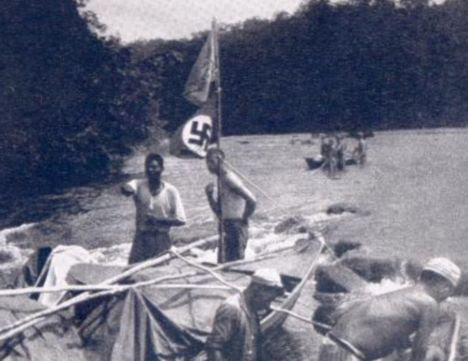 This photograph shows Dr. Otto Schulz-Kampfhenkel, leader of the expedition, showing something to a local native. 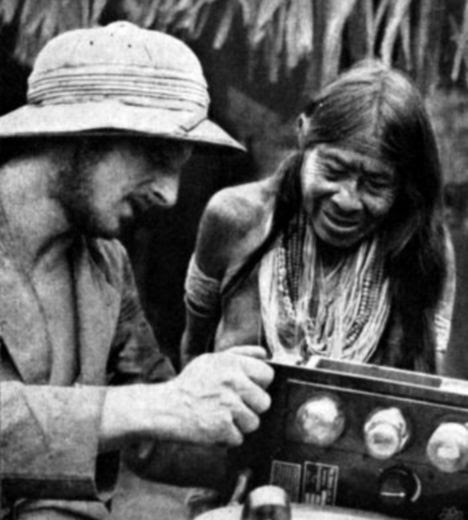 Dr. Schulz-Kampfhenkel made a film about his expedition to Guyana, "Riddle Of The Jungle Hell". It was apparently very popular in Germany, and is said to be still considered a valuable record of the lives of the natives of the period. A contemporary poster for the film is shown below. 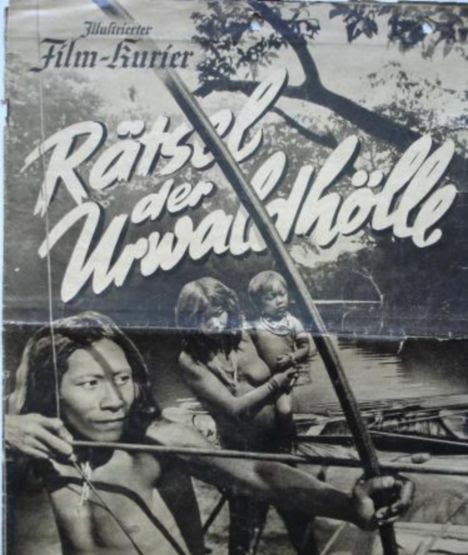 Dr. Schulz-Kampfhenkel went on to serve in the SS during World War II, rising to the rank of OberSturmführer (equivalent to First Lieutenant) and forming a group of geologists, geographers, hydrologists and botanists to conduct research in occupied territories.

It's fascinating to see how far the tentacles of Nazi ideology stretched, far beyond the borders of Germany itself. Thank heavens our forefathers dealt with this menace before those tentacles could become a strangling embrace!

Thank God they sttod up tp the Nazi's.

Sit back and enjoy the crashing waves of irony as a Nazi describes a jungle as hell.

wow. THe next word verification that popped up was "Foust." hee.