Mexican authorities have broken open a drug-trafficking ring in Mexico City, arresting many of its members.

To the cops' astonishment, their haul included not only the usual property - weapons, drugs, money, etc. - but an entire private zoo, complete with some very exotic animals! Amongst other animals, the drug boss(es?) had two lions, two black panthers and two tigers, including a very rare albino tiger. 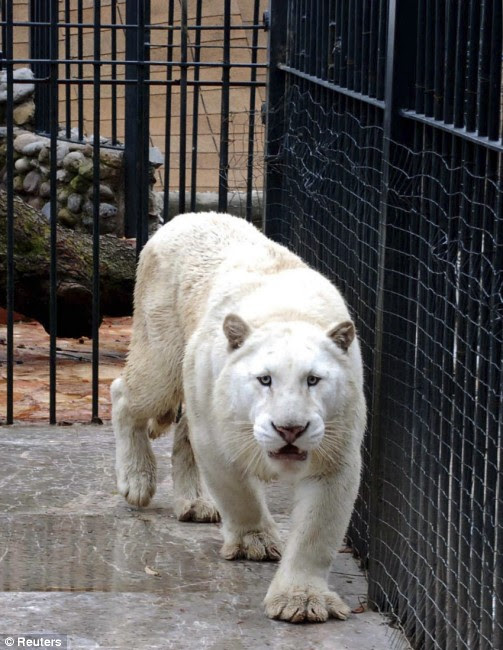 Everyone seems to be impressed by the drug boss(es?)' good taste in animals. However, I'm not so sure. If I were a bad guy, and needed to make my competition 'disappear', what better way than to serve them up, fresh on the hoof, to a bunch of hungry predators?

I understand the animals have been handed over to prosecutors. I hope no-one's in too much of a hurry to volunteer to be their keepers - at least, not until it's known for sure what their previous diet might have been!

Eh, if I wanted to dispose of my foes, I wouldn't keep big cats- which, being cats, can be pretty picky about what they're fed- I'd keep crocodiles or some variety of wild pig.

With few exceptions among those predators that AREN'T insatiable omnivores, they seem to agree: human tastes terrible!