Amazing, beautiful, and as rare as rare can get!


I'm astonished to read of a cloth (described as either a tapestry or a shawl in different publications) woven entirely from the silk of the Madagascan golden spider. NPR reports:

This week in New York, the American Museum of Natural History unveiled something never before seen: an 11-by-4-foot tapestry made completely of spider silk.

Weavers in Madagascar took four years to make it, and the museum says there's no other like it in the world.

It's now in a glass case at the museum. The color is a radiant gold — the natural color of the golden orb-weaving spider, from the Nephila genus, one that's found in several parts of the world. 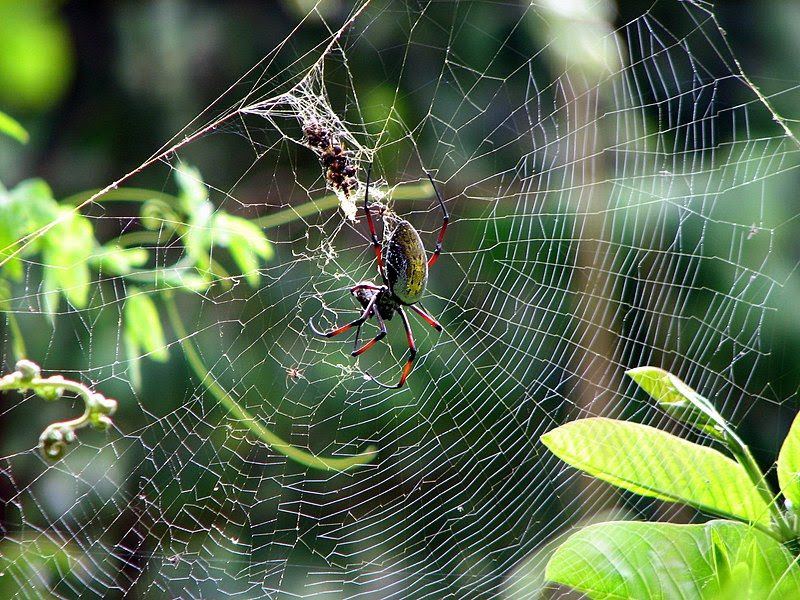 Simon Peers, a textile maker who lives in Madagascar, conceived the project. ... [He] researched previous attempts, then teamed up with fashion expert Nicholas Godley to hire local weavers to try the near-impossible.

"The spiders are harnessed ... held down in a delicate way," Godley says, "so you need people to do this who are very tactile so the spiders are not harmed. So there's a chain of about 80 people who go out every morning at four o'clock, collect spiders, we get them in by 10 o'clock. They're in boxes, they're numbered, and then as they get silked, about 20 minutes later, they get released back into nature."

Peers picks up the thread of the story.

"It's called dragline silk," he says. "A spider can produce up to seven different types of silk. The dragline is what frames the web; it's the thicker silk on the outside. Also, it's extremely strong. The first panel that we wove, we were quite stunned by the fact that it sounded a bit like guitar strings, pinging like metallic guitar strings. I mean, it is a very, very unusual material."

A very careful person simply pulls the thread out of each spider and wraps it on a spindle. It's then put on a hand loom and woven.

The main threads consist of 96 twisted silk lines. The brocaded patterns in the tapestry — stylized birds and flowers — are woven with threads made up of 960 spider silk lines. 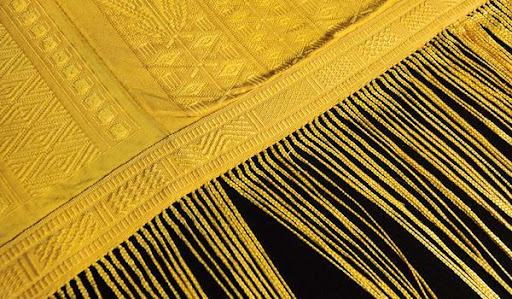 Peers says they never broke a single strand, yet the tapestry is as soft as cashmere.

Peers and Godley say they spent a half-million dollars of their own money to make the tapestry, which is on display at the museum for several months.

In another interview, Peers pointed out that there were unexpected difficulties in gathering the silk.

Initial attempts to recreate an elaborate mechanical contraption that could harness up to 24 spiders at a time were thwarted when the female spiders started eating each other.

Mr Peers [said]: 'We would start with 20 and end up with three very fat ones.'

Well . . . er . . . yes, quite so! I'd imagine being digested halfway through the spinning process would definitely affect one's productivity!

Spider silk is such a strong material - I gather its tensile strength is somewhere above 200000 psi - that it will inevitably become a commercially synthesized product.

Your neck of the woods is literally crawling with Nephila, although the local species doesn't make golden silk. Feel entrepreneurial? ;)