A battle remembered, and heroes fallen


News from Norway is that the wreck of HMS Hunter has been discovered. She was an H-class destroyer of the Royal Navy that was sunk during the First Naval Battle of Narvik on April 10, 1941.

The First Naval Battle of Narvik saw the first award in World War II of the Victoria Cross, Britain's highest honor for gallantry in action. It was conferred posthumously upon Captain Bernard Warburton-Lee, Officer Commanding the Second Destroyer Flotilla (of which HMS Hunter was a member). His own destroyer, HMS Hardy, was so severely damaged in the battle that she had to be beached, and was later scuttled. He was mortally wounded during the fight. His last signal was, "Continue to engage the enemy."

His flotilla sank two German destroyers and damaged four, and also sank seven merchant ships loaded with munitions and supplies for the invaders, for the loss of two of their own vessels. The German invasion fleet was devastated. 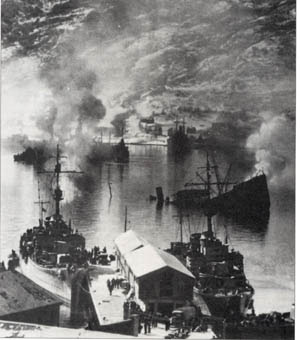 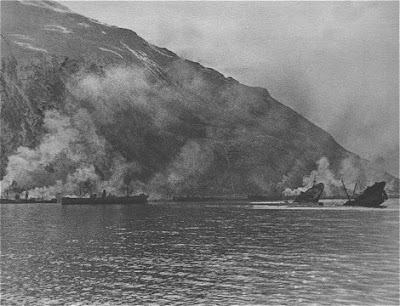 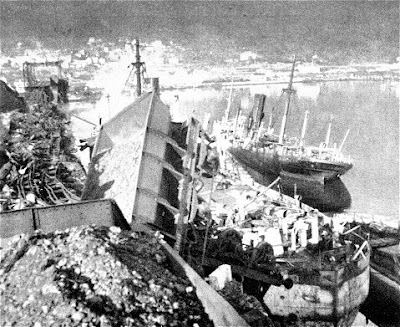 HMS Hunter was discovered this week lying 1,000 feet deep in Ofotfjord near Narvik. The wreck was identified by the ship's crest, still readable after almost 68 years under water. 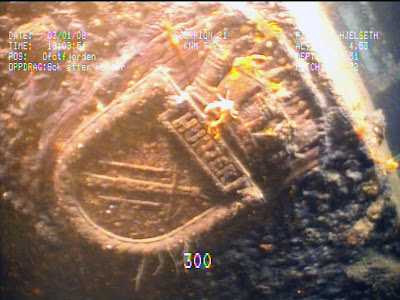 A memorial service is planned for Saturday. NATO warships will sail over HMS Hunter's wreck in line astern to salute their former comrades, over 100 of whom went down with their ship. The site will now be designated and marked as a military grave.

The German Navy achieved some individual successes during the Norwegian campaign, particularly the sinking of the aircraft-carrier HMS Glorious. However, over the course of the campaign in general (and the First and Second Naval Battles of Narvik in particular) it was soundly beaten, losing dozens of warships and transport vessels. This established for the Royal Navy a moral ascendancy in battle that was to endure for the remainder of the war.

Indeed, so severely was the German Navy handled that it lost all enthusiasm for a cross-Channel invasion of Britain later in 1940, a factor which was decisive in Hitler's decision to abandon Operation Sealion. So, in one sense, the loss of HM Ships Hunter and Hardy and the deaths of Captain Warburton-Lee and many of his sailors directly helped to save Britain from almost certain defeat later in 1940, and thus made a major contribution to final Allied victory in 1945.

With proud thanksgiving, a mother for her children,
England mourns for her dead across the sea.
Flesh of her flesh they were, spirit of her spirit,
Fallen in the cause of the free.

Solemn the drums thrill; Death august and royal
Sings sorrow up into immortal spheres,
There is music in the midst of desolation
And a glory that shines upon our tears.

They went with songs to the battle, they were young,
Straight of limb, true of eye, steady and aglow.
They were staunch to the end against odds uncounted;
They fell with their faces to the foe.

They shall grow not old, as we that are left grow old:
Age shall not weary them, nor the years contemn.
At the going down of the sun and in the morning
We will remember them.

They mingle not with their laughing comrades again;
They sit no more at familiar tables of home;
They have no lot in our labour of the day-time;
They sleep beyond England's foam.

But where our desires are and our hopes profound,
Felt as a well-spring that is hidden from sight,
To the innermost heart of their own land they are known
As the stars are known to the Night;

Thanks for that reminder of Laurence Binyon.

"For the Fallen" was a regular part of Remembrance Day ceremonies as I grew up in Canada.

Binyon is one of the many reasons my adult children always wear a poppy on November 11, as of course, I do as well.