An unlikely rape (or two, or three, or four)


I was hugely amused to read about Arthur Ross Cradock, a New Zealand man who was sentenced to community service after claiming he'd "been left speaking Australian after being raped by a wombat".

In case you've never heard of the animal, a wombat is an Australian creature as large as a medium-sized dog (40-80 pounds), and is herbivorous.

Police prosecutor Sergeant Chris Stringer told the court that on the afternoon of February 11 Cradock called the police communications centre, threatening to "smash the filth" if they arrived at his home that night.

When asked if he had an emergency, he replied "yes", Mr Stringer said.

On a second subsequent call to the communications centre, Cradock told police he was being raped by a wombat at his Motueka address, and sought their immediate help.

He called police again soon after, and gave his full name, saying he wanted to withdraw the complaint.

"I'll retract the rape complaint from the wombat, because he's pulled out," Cradock told the operator at the communications centre, who had no idea what he was talking about, Mr Stringer said.

"Apart from speaking Australian now, I'm pretty all right you know, I didn't hurt my bum at all," Cradock then told the operator.

Judge Richard Russell said he was not quite sure what motivated Cradock to make those statements to the police.

Well, Your Honor, I have a few ideas about that. All of them involve bottles - minus most or all of their contents!

This reminds me of a couple of other unlikely mating stories. The first is about the hedgehog. Early last century the Times of London published a somewhat scatological doggerel submitted by a highly distinguished correspondent, Dame Margaret Cole. It caused a sensation and produced a number of replies (in verse, of course). It also appears to have inspired the Hedgehog Song of Nanny Ogg, a character in Terry Pratchett's Discworld novels.

I've included hot-links for some of the names readers might not recognize (although no-one is sure who "Ball" may have been). There was a notorious scandal at Keble College, Oxford in 1913 involving homosexual behavior.

Ingenious Yankee professors
At Harvard and Princeton and Yale
Have o'ercome the problem by shaving
The spines off the hedgehog's tail.

The search carries on unabated
As eminent scientists seek
For a creature so small and so nasty
As to baffle the Cambridge technique.

This poetic to-and-fro may have given rise to one of the better-known riddles concerning American politics:

Q: Why is the relationship between the President and Congress like the mating of hedgehogs?

So much for the hedgehog. Another unlikely mating story is that of the relationship between the camel and the Sphinx. My father learned this doggerel in Egypt during World War II, and used to annoy my mother by singing it from time to time. It was apparently written during World War I, when thousands of British and Empire troops were based in Egypt prior to and during the Gallipoli campaign.

The sexual urge of the camel
Is stronger than anyone thinks.
One day, in a fit of frustration
He attempted the rape of the Sphinx.
But the intimate parts of that Lady
Are sunk deep 'neath the sands of the Nile:
Hence the hump on the back of the camel
And the Sphinx's inscrutable smile!

Finally, Holly sent me these pictures by e-mail. Since they fit in so well with this post, I just have to include them. 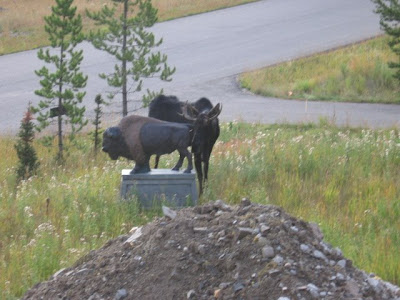 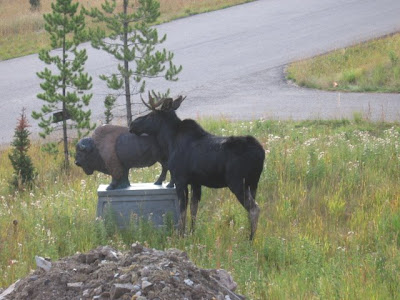 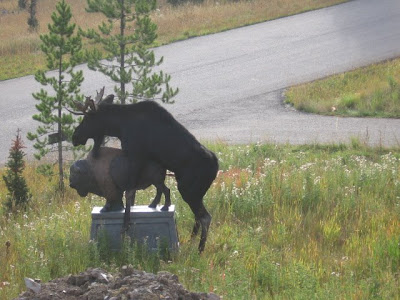 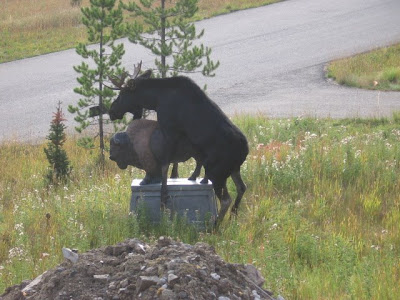 I knew there was some reason I read this blog daily (just kidding, I know why). Any man who is familiar with the Hedgehog Song is all right by me.

There you go. You give a wombat a weekend pass, and this is what happens. You just can't trust them at all!

A ambitious old wombat read spam,
Then went out and assaulted a man. It said,"I cured my ills, With some little blue pills,
and I wanted to test - and I can!"