This guy obviously has no need for that hand


Via the Daily Mail comes a report of a somewhat less-than-successful test of an anti-shark device . . . and a picture of an intrepid boatman patting a passing shark. (Click it for a larger view.) 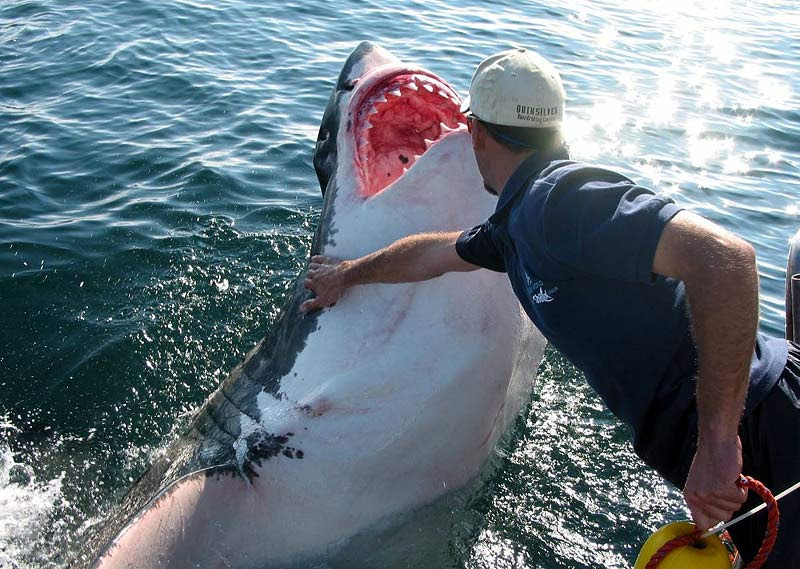 This is the amazing moment a man pats a monstrous Great White Shark off the coast of Australia after attracting it with chunks of bait.

The image was originally taken to demonstrate the powers of the Shark Shield, an electronic device designed to keep sharks away from surfers.

But after one Great White bit right through such a device, and in a separate incident a student died in a horrifying shark attack, scientists began to wonder if the devices do not repel sharks so much as they attract them.

Guys, based on that picture and the one below, I can only say "Wonder no more!" 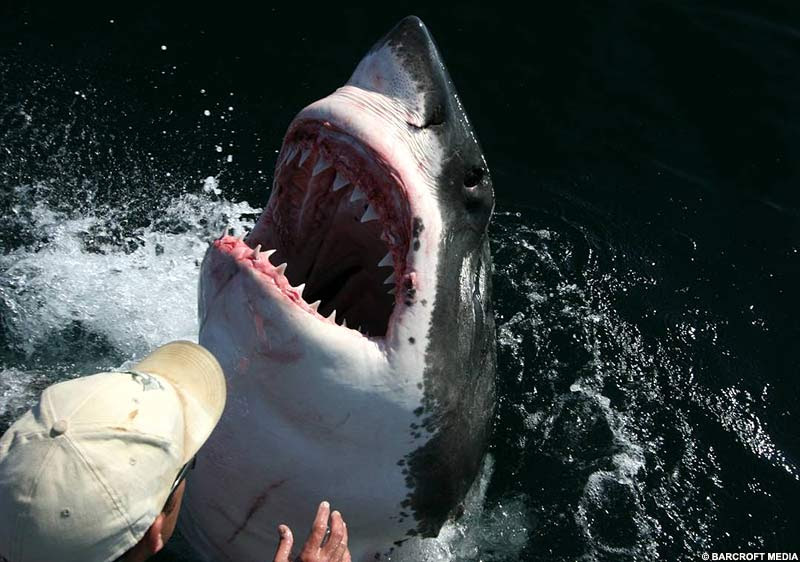 Remind me not to go boating with these gentlemen next time I'm in Australia . . .

"But after one Great White bit right through such a device," this guy decided he wanted to play!

Here, have some human food.