An amazing display of faith


I know many of my readers are profoundly suspicious of the Muslim faith, following the actions of terrorists of that persuasion in many parts of the world. It's hard to persuade people that there are untold millions of Muslims who aren't that way inclined at all. Indeed, I probably wouldn't be alive today if it weren't for Muslim friends who got me out of a hot spot on more than one occasion.

I've often said that if most Christians tried to live their faith as sincerely as most Muslims, the Christian world would not today be, effectively, the post-Christian world! Our society has lost its focus, and the result is the social anarchy and decay we see all around us.

At the moment the annual Muslim pilgrimage, the Hajj, is under way in Saudi Arabia. Take a look at these pictures from the Daily Mail, showing the tent city at Mina, outside Mecca. (Click the pictures for a larger view - it's worth it.) 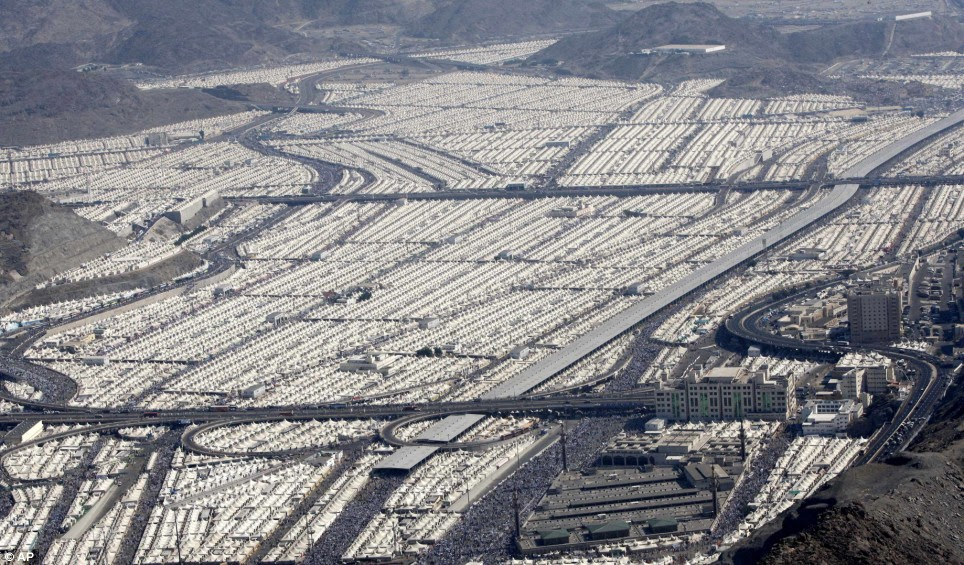 Think of the millions of pilgrims living here, in fierce desert heat, crowded together . . . but no-one's complaining. They're there because their faith requires it of them. 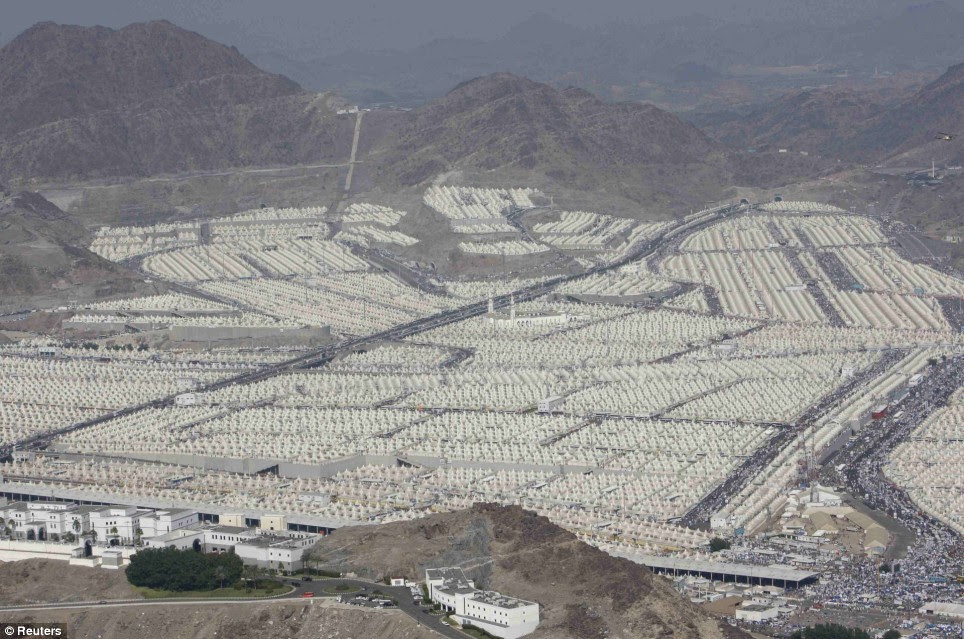 Here we see the pilgrims circling the Kaaba, the most sacred site in Islam. 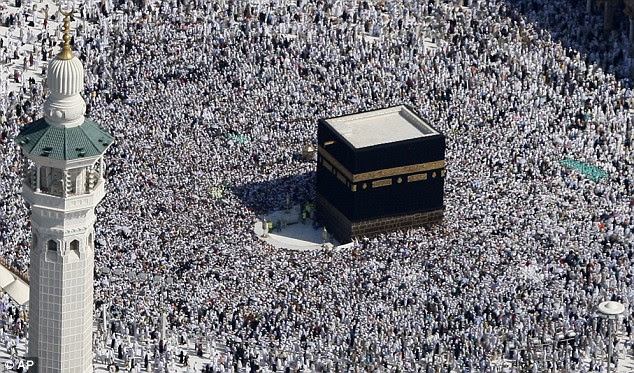 What would it take to get Christians to demonstrate their faith in such a public fashion, year in, year out?

As someone of Muslim heritage who absolutely loves your blog, I am very grateful you take the time to address these stereotypes.

Islam is having some tremendous growing pains right now, reconciling an ancient faith with a modern world, but by and large most Muslims want peace and harmony.

And many are PROUD Americans!

Shayan, thanks for commenting. I'm glad you enjoy the blog. I try to be as fair and balanced as I can, which isn't always easy!

Drop me a line sometime - my e-mail address is in my profile.

As your basic East Texas quasi-redneck (I fall into that "too country for rock and roll, too rock and roll for country" category), my life adventures have led to me meeting far more Muslims than I would ever have imagined to be the case.

I spent last November in Kyrgyzstan, including time in Osh hanging with ethnic Uzbeks. I had a very nice lunch at the Islamic Student Union and dinners with two families, one Uzbek and one Kyrgyz.

I have broken with a group of friends who, somehow, though that "kill them all" was the proper response to Muslims.

I do not pretend that I have seen, or understand, the entirity of the Muslim world. I have, however, met, befriended, and felt entirely at home with people of the Islamic faith.

The people referenced above were all believing, practicing, pious Muslims. MY DAUGHTERS. Do you know how picky I am about who looks after my daughters? The blood of my blood, the flesh of my flesh, my reasons for existing?

In this world, which seems to be rapidly devolving into nasty tribal Manicheanism, I applaud your post.