Hats off to Greig Howe of Bournemouth, England, for what has to be one of the most visually startling and ingenious Christmas tree displays I've ever heard of.

Mr. Howe's son, Harry, expressed disappointment in the Christmas tree he bought last year, a five-foot-tall artificial display, and asked for something larger this year. Little did he know!

Mr. Howe bought a 35-foot fir tree, and cut it into three sections. The base was installed in the living-room; the middle section in the bedroom above (requiring a window to be taken out to get it inside); and the top was fastened to the roof. The whole tree thus appears from the outside to be a continuous unit, from living-room to roof, bursting through the tiles at the top. 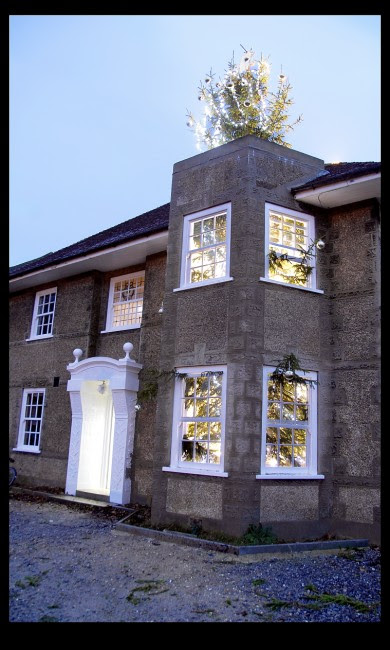 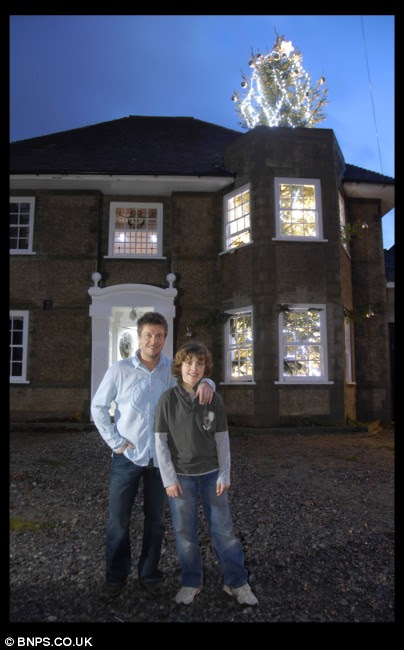 'I think it looks wicked. Last year we had a tree that was about the same size as me so I asked Dad if he could get a bigger one this year.

'But I didn't think it would be this big. I came home and couldn't believe it when I saw it. I couldn't speak. I really thought the tree had gone through the roof.'

Nice one, Mr. Howe! That should give your kids bragging rights in the neighborhood for this year. Only trouble is . . . how are you going to top that next year?

Reminds me of a picture book I read way back when. The story was the family on the first floor of an apartment building bought a tree complete with root ball. Of course, as things go, it grew, and they cut holes in the ceilings above to let it through. The story talks about the old lady on the second floor that couldn't carry a tree, and so hadn't had one for years, and the poor family above her that couldn't afford one.

Naturally, it grew like thirty feet in just a few weeks, and they also managed to pull it out intact to plant in the yard of their new house.