The BBC reports that FBI Special Agent Robert "Bob" Wittman is retiring from his job as one of the world's few (and most successful) art detectives.

There are about 100 of us packed into a restaurant in Upper Holmesburg, Philadelphia - art experts and curators, museum security chiefs, and a phalanx of FBI agents with 9mm Glocks concealed under their G-man suits.

We have gathered to say farewell to a man few people have heard of and even fewer could recognise or describe.

That is the way Special Agent Robert "Bob" Wittman prefers it.

For nearly two decades, usually masquerading as a crooked art dealer with links to the Mafia or the Colombian drug cartels, he has run undercover sting operations, luring criminals into selling him stolen works of art.

Protecting his identity means the difference between life and death.

In one operation he found himself in a hotel bathroom in Copenhagen hugging a Rembrandt to his chest as a Danish Swat (Special Weapons and Tactics) team burst into the room to arrest an Iraqi-born hoodlum named Baha Kadhoum, who was trying to sell him Rembrandt's self-portrait from 1630. 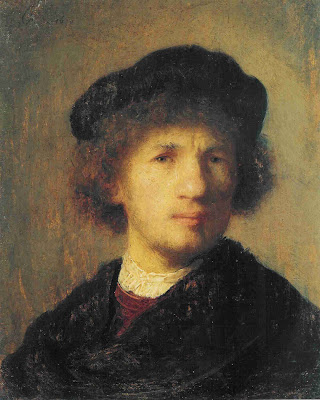 Painted on copper, the size of a paperback book, and worth tens of millions of pounds, it had been stolen from The National Museum of Sweden in one of the most daring art heists of modern times.

Housed in a Renaissance palazzo at the end of a peninsula, the Museum is surrounded on all sides by water.

And as families strolled through Stockholm's Christmas markets and skated on frozen lakes, Kadhoum and his gang set fire to a vehicle blocking the only access road. 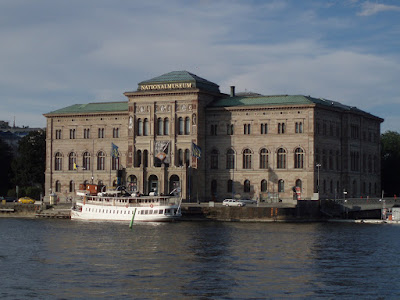 Wearing ski masks and brandishing guns, they then stormed the building, cut the Rembrandt self-portrait and two Renoirs from the walls, and escaped by speedboat.

Art crime is big business. Estimated to be worth between $1.5 - $6bn (£1- £4bn) annually, it is now the fourth largest international crime, after drug dealing, gun running and money laundering.

It is a fully globalised industry. Paintings stolen in Europe turn up in Japan or America.

They are easy to transport and hard to identify. If challenged by a customs officer, a thief can always say he bought it at a flea market for his wife.

And as yet no beagle has been trained to sniff out Old Masters.

Bob Wittman has been on the frontlines of the war against art crime since 1989.

In a distinguished career he has recovered stolen art worth millions, in more than a dozen countries.

Paintings by Rembrandt, Goya, Brughel and Rothko, Geronimo's eagle-feathered war bonnet and a piece of solid gold Inca armour are just a few of his trophies.

One of his last assignments was to investigate links between the sale of looted art from Iraq and Afghanistan and Islamic terrorism.

For most of his career, he was a lone operator. Today, the FBI's Art Crime Team has 12 agents spread across the United States. Scotland Yard has four detectives - France has 30.

Not surprisingly, in view of its vast cultural patrimony, Italy boasts the world's biggest team - 300 art-hunting Carabinieri, including agents who use helicopters to patrol the country's myriad archaeological sites.

Like a spy, Mr Wittman's job is all about befriending and betraying.

Fox-like cunning, nerves of steel, a silver tongue and the ability to convincingly pretend to be someone else are essential.

So, too, is having a face that is easy to forget. No scars, no cauliflower ears, average height, average build.

What the Americans call "a regular Joe". Put him in a crowded room and he would blend into the background, like a camouflaged moth on a piece of tree bark.

Now, at the age of 53, the king of heists is hanging up his silver badge and gun to write a book and spend more time with his wife and three children.

Even in retirement, he will not allow his face to be photographed.

He is forging a new career as a private art-security consultant and may still need to go undercover.

Besides, there are too many criminals who would love to know the true identity of the smooth-talking FBI agent who put them behind bars.

"It's about saving the cultural property of mankind," Mr Wittman tells me, when I ask him why he chose such a dangerous job.

"Every country has a different cultural heritage and saving these things brings us closer together as human beings. When it comes to art, it's visceral. It affects us in a deep, emotional way."

Very interesting! I'll be keeping an eye open for his book, when it comes out.