Commercial technology is being adapted for use by terrorists, and in secure weapons systems, at an alarming rate. According to a recent report:

In Mumbai, India gunmen talked by cell phone and Voice Over Internet Protocol (VOIP) to their commanders in Pakistan for orders about avoiding police, attacking additional sites and selecting hostages for execution.

During the most recent fighting between Israel and Hamas in Lebanon, the non-state group was able to set up command and control networks – using commercially available, Chinese-build, high-power cordless phones – that couldn’t be intercepted by the Lebanese or Israeli governments to shift combatants and rocket launchers.

Recent pictures of the interior of a new Chinese surface-to-air missile command and control vehicle show two Lenovo laptops and the commander of the integrated air defense system talking on a Blackberry. In the battery’s briefing vehicle, there’s a VOIP connection.

These are all good, cheap commercial products.

“[Part of the threat is] the new phones that are coming out with GSM, Satphone, Bluetooth, 802.11G and 802.16 [technologies] all built into one handset,” says an electronic warfare, attack and defense specialist in the U.S. aerospace industry. “It’s already happened. A multi-function handset switches you through all the options to find a useable route. If your GSM link goes out, it will automatically hook up to the nearest 802.11G link, get the message to an internet node and then go VOIP. That kind of connection technology is here, and it’s cheap for the bad guys. All you have to do is be clever about how you use it for command and control.”

There are new counter-technologies as well, of course, to track messages sent through such infrastructure, and disrupt it when possible and necessary. Nevertheless, it shows how easy it is for terrorists to stay ahead of the curve, and make the lives of counter-terrorism operators that much more difficult.

Another area of worry is the development of home-built unmanned aerial vehicles, or UAV's. We're used to seeing them by now in the inventories of Air Forces, perhaps best exemplified by the Predator and Reaper (shown below) armed UAV's: 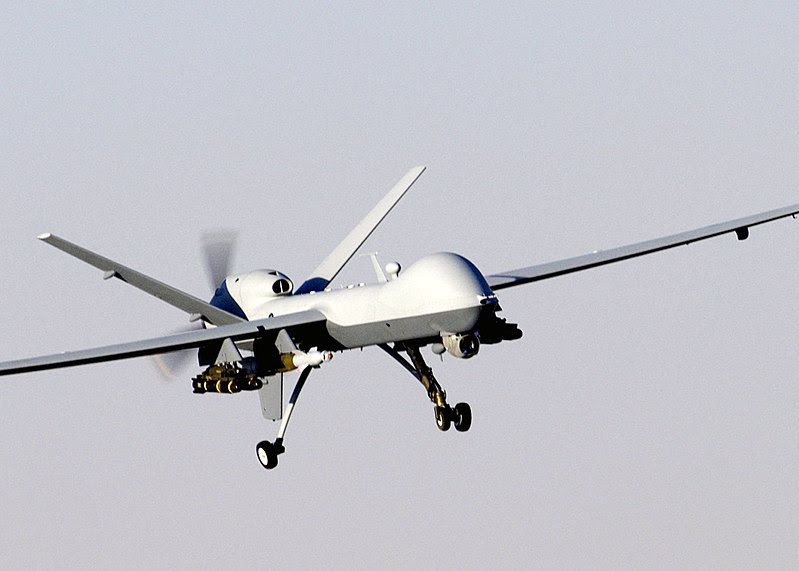 Now, however, we see terrorist movements beginning to produce their own versions, admittedly less sophisticated, but no less worrying for all that. For example, Hezbollah first penetrated Israeli defenses in 2005 with its Iranian-sourced Mirsad-1 UAV, shown below. 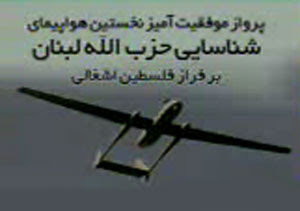 Two unmanned aerial vehicles (UAVs) launched by Hezbollah against Israel August 13, 2006 were downed by Israel. Some 30 kilograms of explosives were found at the site where one of the UAVs crashed in Northern Israel. One of the UAVs was downed in Lebanese area, and crashed near the city of Tyre, on the Lebanese Mediterranean coast. The other managed to penetrate Israel and was intercepted and downed by Israel, and crashed over the western Israeli coastal plain, near the Israeli-Lebanese border.

Few days ago, another UAV tried to penetrate the Israeli airspace. An Iranian made Ababil unmanned aerial vehicle launched by the Hezbollah was intercepted tonight (July 7th, 2006) off the Israeli coast over the Mediterranean Sea. The UAV was detected by Israel Air Force air defense radars as it was launched by Hezbollah from Lebanon. After crossing the international border, it continued south toward the center of Israel, and was intercepted at a very low altitude, and low speed (about 70 kt) about 10 kilometers from the coastline, over the Haifa bay by Israel Air Force F-16C jet. In a video which recorded a live FLIR image taken by a UAV flying above the scene, the F-16 is shown identifying the Ababil target, then firing an air-to-air missile which clears the jet in a streight flight, then makes a sharp right turn and hits the UAV . After the event, as the Ababil wreckage was salvaged Hezbollah markings are clearly seen.

In case anyone's thinking that a UAV in the Middle East needn't concern us in the USA, consider the scare raised in New York in August this year when a UAV was privately built and tested - on Long Island!

We're surrounded by technology that helps us day in, day out - but which can also be harnessed for evil. The recent terrorist attacks in Mumbai prove that. It's worth being watchful.

Nothing all that new with this. One of the major, ongoing projects at the school I attend is autonomous flight. The teams, all undergrad students, build an aircraft from scratch that is supposed to be able to follow landmarks on its own.