It seems the CIA and other US intelligence agencies have a new weapon in the war on terror.

The Washington Post said it was one of a number of enticements being used.

In one case, a 60-year-old warlord with four wives was given four pills and four days later detailed Taleban movements in return for more.

"Whatever it takes to make friends and influence people," the Post quoted one agent as saying.

"Whether it's building a school or handing out Viagra." 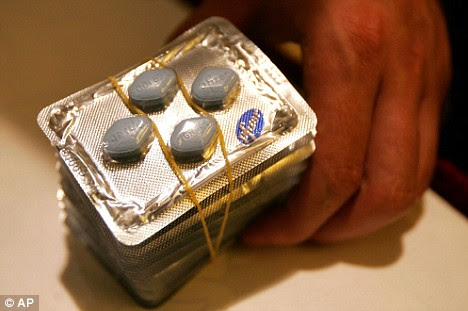 The newspaper said the use of Viagra had to be handled sensitively as the drug was not always known about in rural areas.

It quoted one retired agent as saying: "You didn't hand it out to younger guys, but it could be a silver bullet to make connections to the older ones."

In the case of the 60-year-old warlord - the head of a clan in southern Afghanistan who had not co-operated - operatives saw he had four younger wives.

The pills were explained and offered. Four days later the agents returned.

"He came up to us beaming," the Post quoted an agent as saying. "He said, 'You are a great man.'

"And after that we could do whatever we wanted in his area."

The pills could put chieftains "back in an authoritative position", another official said.

However, I suspect that it may not be only their wives that experience the 'benefits' of Viagra. After all, one of the most famous Afghan ditties, centuries old, goes:

There's a boy across the river
With a bottom like a peach -
But alas, I cannot swim!

I'm thinking the moral aspect will render the puritanical Taliban doubly outraged by this latest US move to, er, 'stiffen' opposition to its influence.

What a marvelous story. Thanks for sharing.
And I say,"Bravo" to CIA operatives who came up with this ingeneous plan!