Has the USAF lost the ability to manage its aircraft procurement?


The appalling series of mis-steps, miscalculations and plain ordinary mishaps that have dogged the KC-X program for so long took yet another miserable turn last week. It seems the United States Air Force mistakenly sent details of each party's bids for the contract to the other party, thereby revealing confidential information about their competitor's pricing to each bidder. It's just the latest in a long, long line of screw-ups on this project. The full story (available at the preceding link) is a searing condemnation of an organization that seems to have lost the ability to manage its own programs.

That's not the only problem facing USAF procurement. Last year it canceled further purchases of the F-22 Raptor fighter, on the grounds that the forthcoming F-35 Lightning II would be cheaper, was on schedule, and would do all that the Air Force required. 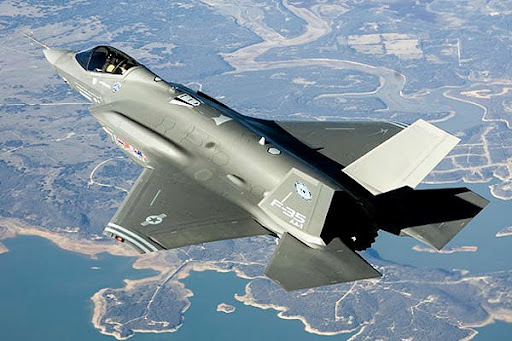 Guess what? Also this month, it's emerged that the F-35 program has suffered yet another major slippage in terms of both time and budget, requiring an additional $5 billion plus in development funds and suffering a further delay of one to three years (depending on the version involved) before it'll be operational. Cumulatively, the program is now almost a decade late (compared to initial projections) and has cost almost double the originally budgeted amount. (Ironically, it's likely that an F-35 will now cost almost as much as an F-22, canceled last year on the grounds that it was too expensive to procure more!) There's no guarantee that there won't be more delays and/or price increases in future. The expense of the F-35 program is now so great that the UK has announced it's switching its proposed order to a lower-cost version of the F-35, and greatly reducing the quantity it plans to buy. A White House commission has even suggested that the US Marines' F-35B version may have to be canceled on the grounds of excessive cost. If that happens, it'll be a crippling blow to Marine aviation, which has no viable replacement for the F-35B that can meet its perceived operational requirements.

Of course, not all the blame should be attached to the USAF - although, as contract manager, they're supposed to exercise oversight and not waste our tax dollars as they've been doing. Industry must also carry at least part of the blame. For example, Lockheed Martin, developers of the F-35, have exhibited woefully inadequate and catastrophically ineffective project management, so much so that if it had occurred in the industries where I've worked during my career, heads (both senior and junior) would have rolled long ago. In the latest development, Lockheed Martin's accreditation under the Earned Value Management System (a program used by the Defense Contract Management Agency to track a contractor's progress) was revoked. This is merely the latest in a series of problems relating to its management of Defense Department contracts.

The fact remains that the USAF has shown itself to be increasingly incapable of managing procurement to support an ever-shrinking fleet of aircraft. At its height during World War II, the US Army Air Force (as it was then) counted 79,908 aircraft of all types in its inventory. Over the decades since then, it's been shrinking steadily. Consider these figures from the General Billy Mitchell Institute for Airpower Studies, released in a recent report (link is to an Adobe Acrobat document in .PDF format):

The fleet has been steadily decreasing in size, but the cost of each aircraft has been rising exponentially. (In some cases - but not all - their increased price has been justified, at least in theory, by a significant increase in performance and/or capability.) The average age of the aircraft in the USAF fleet is now over 23 years - the oldest it's ever been - and that figure is rising. It's costing more and more (in terms of maintenance and upgrades) to keep older aircraft in service, at the same time that replacement aircraft are becoming more and more expensive. Inevitably, this means that fewer replacements can be afforded. As Norman Augustine farcically pointed out in 1984, in his famous 'Rule no. 16', such exponential cost growth implies that:

"In the year 2054, the entire defence budget will purchase just one aircraft. This aircraft will have to be shared by the Air Force and Navy 3½ days each per week except for leap year, when it will be made available to the Marines for the extra day."

Such abysmal management by the USAF of its fleet, and of its aircraft planning and purchasing, is simply unacceptable. The Air Force is supposed to be professional, a trustworthy bastion of our defense against aggression. Regrettably, at the moment its institutional behavior - at least as regards fleet planning and procurement - suggests that, as an organization, it's more akin to the Keystone Kops!

It's long past time something was done to fix this problem.

If you haven't read it, I would highly recommend Kelly Johnson's autobiography. He was some prescient insight into the mess that the acquisition proces has become.

Maybe we could just buy them from China.

Just makes me chuckle a little bit. Even the F-22 had new impressive features never before seen on a US fighter jet... that the swedish Viggen had in the 1980s already(like the ability for one fighter with active radar to send all its targeting data to another, "silent" fighter, that actually engages the target). I'm quite proud of our small country's technological expertise, and we're the most honest seller of military aircraft as well(unlike everyone else, when a JAS is on an airshow, it's an honest-to-god military plane, with everything except payload, not the trimmed engine, no pylons, no sensors, etc 3-4 metric tonnes lighter planes everyone else uses. F-16s on airshows even come with fake aluminium machineguns). Actually what SAAB sells is not just fighter jets, but an airforce, complete with simulators, pilot training, technician training, spare parts, payloads, etc.

Btw, the only reason the eurofighter overcame its flightsystem problems was that they got help from some SAAB engineers, who'd solved the same problem on the JAS already.