I bet stoners everywhere are in mourning over this!


I was amused to see that last week, Mexican police destroyed 134 tons of marijuana confiscated from drug cartels. The Los Angeles Times reports:

Billowing clouds of marijuana smoke drifted over the hills as a pair of Mexican army soldiers pondered the consequences of the biggest dope seizure in Mexican history: About 134 tons of cannabis, or 334 million joints by military estimates, were going up in smoke. 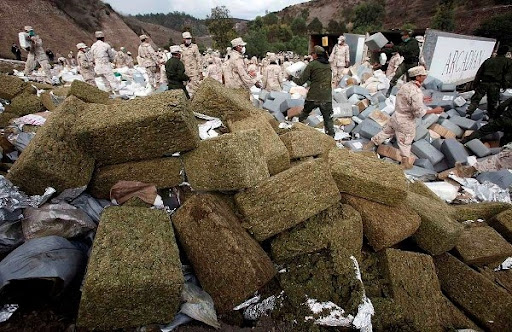 "Think of all the people who won't be able to smoke this dope," Noe Lenin Rubio Torres said at the military's formal burning ceremony Wednesday. "Only the little angels in heaven are going to get stoned tonight," said fellow soldier Lucio Rangel. 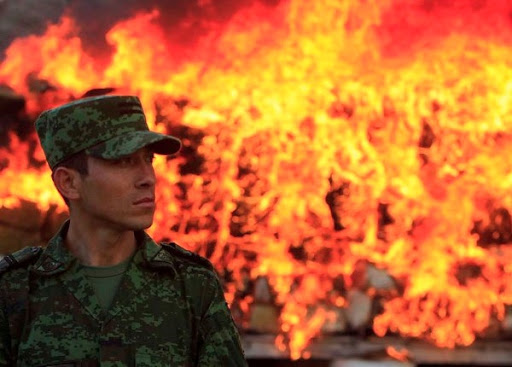 There's more at the link. Here's a video report on the destruction of the stash.

They burned the equivalent of 334 million joints??? I wonder how much pushing and shoving took place among the soldiers to get the downwind positions?

So, they seized about 5% of the total marijuana imports to the U.S. for the year.

The price will go up a few dollars an ounce for a month or two and then everything will be back to normal, especially since Obama has ordered a complete retreat of troops from the southern border by February.

When are people going to figure out that prohibition proved that banning a substance only creates a lucrative black market that feeds organized crime?

With a bit of luck we can keep the fire burning for a month.

I wonder if some vendor showed up selling hot dogs and doritos?