I was intrigued to read about a 19th-century photographer and adventurer, Snouck Hurgronje, and his fascinating photographs of the Hajj, the annual Muslim pilgrimage to Mecca in Saudi Arabia. CNN reports:

He was an adventurer, a scholar, and possibly a spy -- but as Dutchman Christiaan Snouck Hurgronje proved with his rare 1885 photographs and sound recordings of Mecca, he was also a pioneering multimedia journalist.

Snouck's extraordinary collection of sepia-tinted images of Mecca in a bygone age have gone on display in Dubai ahead of the annual Hajj pilgrimage that originally drew him to the heart of Islam. 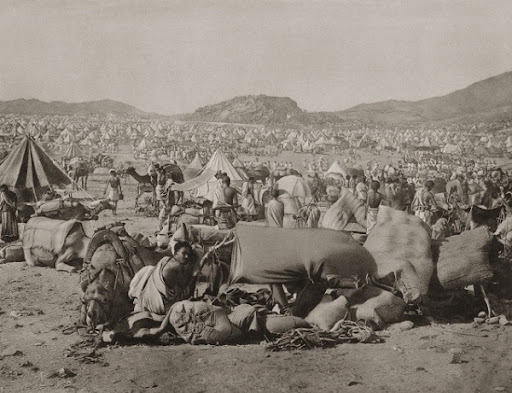 A tent camp for pilgrims at Mount Arafat, outside Mecca

The images are all the more astounding, says Elie Domit -- creative director of Dubai's Empty Quarter gallery, which is hosting the exhibition -- when one considers the lengths he went to to get them. 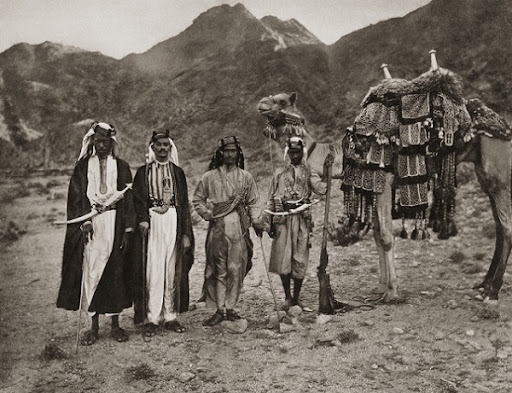 Sharif Yahya with his riding camel, his slave and two sharifs of lower rank

"People tend to forget the situation because cameras today are so versatile and light," he told CNN. "In Snouck's day they probably weighed about 40 kilos, and he needed to take all the chemicals for developing, which he would have done on site."

"And he not only took photographs, but also recorded sounds. Can you just imagine going there and going through all the hardship to record that moment in history? It's fascinating." 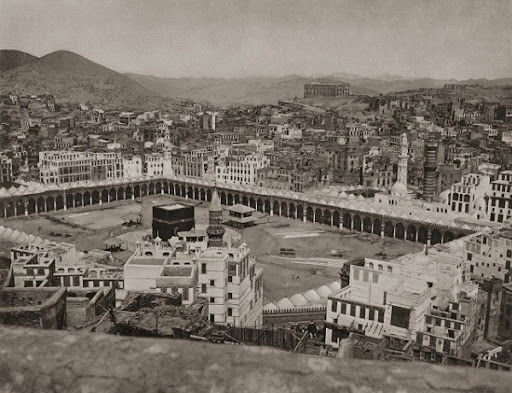 The Kaaba in Mecca

Also fascinating, says Domit, is the story of Snouck himself. A pioneering traveler, he was a rare Western presence in Mecca, but embraced the culture and religion of his hosts with passion, converting to Islam.

He stayed for five months, documenting the run-up to Hajj, but although he had intended to stay for the pilgrimage, he was forced to leave after unfounded accusations of his involvement in an attempt to steal a historical artifact. 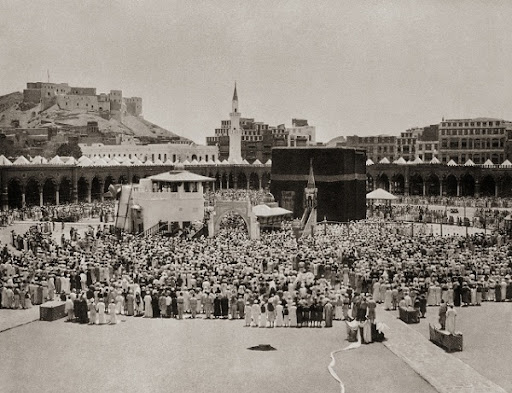 A samalat (religious ceremony) at the Kaaba

"Being one of the first Europeans, people were suspicious of his agenda, particularly as he had gained the confidence of the Ottoman leader," added Domit.

"So when they heard the rumor he was a thief, he had to escape -- leaving his camera equipment behind." 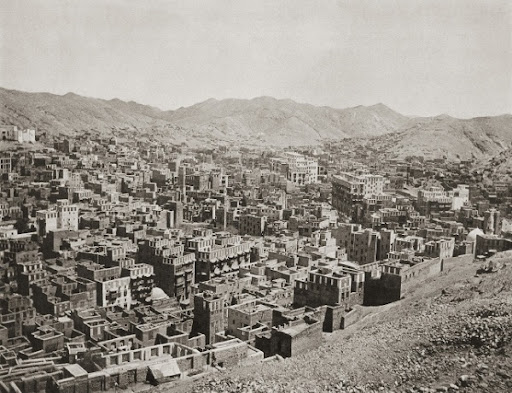 A view of Mecca

There's more at the link. Very interesting and recommended reading.

The pictures interspersed with the extract above are taken from an exhibition of Hurgronje's work now on display at The Empty Quarter, a gallery in Dubai. Twenty of his pictures may be seen at the gallery's Web site. Recommended viewing.

Finally, as a contrast to how the Masjid al-Haram and the Kaaba looked in 1885, as shown in the third and fourth pictures above, here they are in modern times. 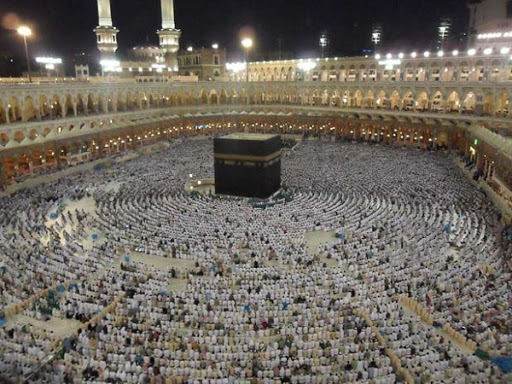 Thank you for this amazing window into the past of a remote region. As a photo-geek aside, you may have noticed that photos of this time frame frequently show a lot of haze or dust in the air. A lot of this is because the emulsions of the time were only sensitive to blue light, which emphasizes any dust or haze. It is the opposite effect of what happens when modern film or digital cameras are used with a red or infrared filter, which pierces atmospheric haze.