There's a certain poignancy to a forthcoming visit by a US Navy warship to Cambodia. The Telegraph reports:

The guided missile destroyer USS Mustin, with a complement of 300 crew, is due to dock in the south-western port of Sihanoukville later this week. 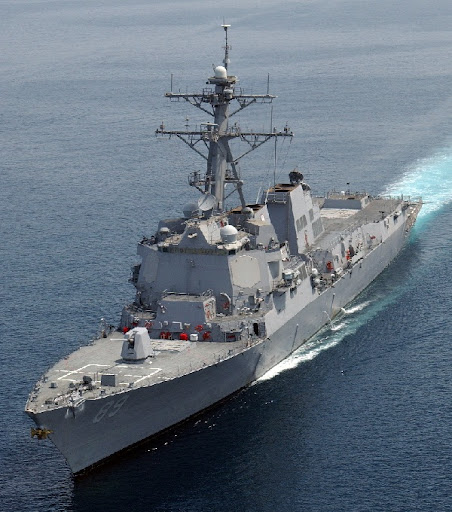 As a boy in Cambodia Michael Misiewicz fled the civil war with the Khmer Rouge. Now 37 years later he is about to return to the country of his birth as commander of the US warship. 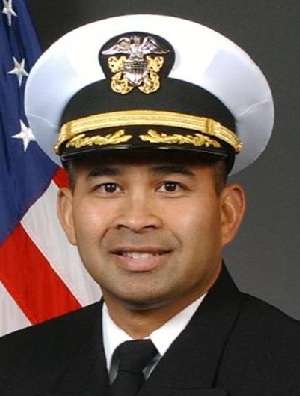 It will be the first time Commander Misiewicz, 43, has set foot on home soil since he left in 1973.

"I have been fighting a lot of emotions about coming back to my native country," he said by ship-to-shore telephone. "To know that I have relatives there who have wanted to see me for decades . . . I don't know if I will be able to hold back the tears."

Commander Misiewicz, who was born in Vannak Khem, left Cambodia as the fighting between the Khmer Rouge and the US backed regime of Lon Nol intensified.

His father had arranged for him to be adopted by a woman at the US embassy who was leaving for home as the situation in Cambodia grew more perilous.

While studying at naval college he began to learn more to of the atrocities committed by the ultra-Maoist Khmer Rouge when an estimated 1.7 million Cambodians perished in the "Killing Fields", of torture, starvation or disease.

He had heard nothing from his parents or four siblings since he had bid his mother a tearful goodbye and assumed the worst about their fate under the murderous Khmer Rouge.

What he did not realise was that his mother and four siblings had managed to escape Cambodia in 1983, four years after the fall of the Khmer Rouge, and had settled in Texas.

Years of searching by the rest of the family finally bore fruit when he received a telephone call from his brother out of the blue.

But the joyous reunion was tinged with sadness with the news that his father was executed by the Khmer Rouge in 1977 and an infant sister had died, probably from malnutrition.

I'd say that's going to be a very emotional visit indeed . . . Congratulations to Cdr. Misiewicz on his command, and on his return to the land of his birth. I hope that, wherever he is now, his late father will be able to see how his care and concern for his son paid off.

This is a classic success story, and it WILL benefit US Cambodian relations...