After reading this, I itch all over!


I was left feeling very uncomfortable after learning today about the prehistoric ancestors of modern-day fleas.

New fossils found in China are evidence of the oldest fleas - from 125 million to 165 million years ago, said Diying Huang of the Nanjing Institute of Geology and Paleontology. Their disproportionately long proboscis, or straw-like mouth, had sharp weapon-like serrated edges that helped them bite and feed from their super-sized hosts, he and other researchers reported Wednesday in the journal Nature. 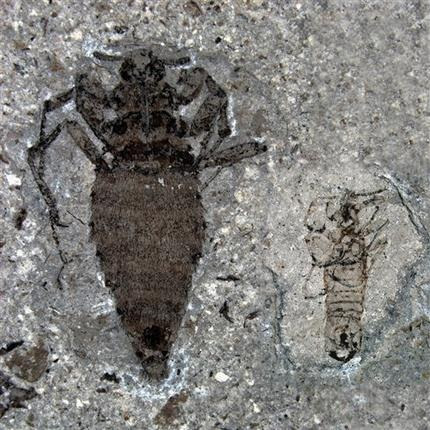 Scientists figure about eight or more of today's fleas would fit on the burly back of their ancient ancestor.

"That's a beast," said study co-author Michael Engel, entomology curator at the Natural History Museum at the University of Kansas. "It was a big critter. I can't even imagine coming home and finding my miniature schnauzer with one or more of these things crawling around on it."

These flea beaks "had almost like a saw running down the side," Engel said. "This thing was packing a weapon. They were equipped to dig into something."

I guess, if prehistoric fleas had to dig through dinosaur hide and feathers to get a meal, they'd need something like a Sawzall to do it . . . but I'm very glad that particular feature didn't make it down the evolutionary pathway to their modern (and thankfully much smaller) descendants!