I think I remember this truck!


I've tried to tell my US friends that they haven't experienced really bad driving, or really ramshackle vehicles, unless they've been to Africa and driven there. (I've never driven in South America, but I'm prepared to accept the testimony of friends who've done so that it's just as bad there as in Africa.)

The reality of African driving was driven home (you should pardon the expression) yet again by this news report.

Police in South Africa have impounded a 35 year-old car whose only roadworthy part was its windscreen, officials said today.

The battered 1976 Toyota pickup truck was confiscated by officers after it was discovered on the road in the northern town of Kimberley.

Shocked officials described their horror after they inspected the vehicle and found it was held together by a series of makeshift repairs. 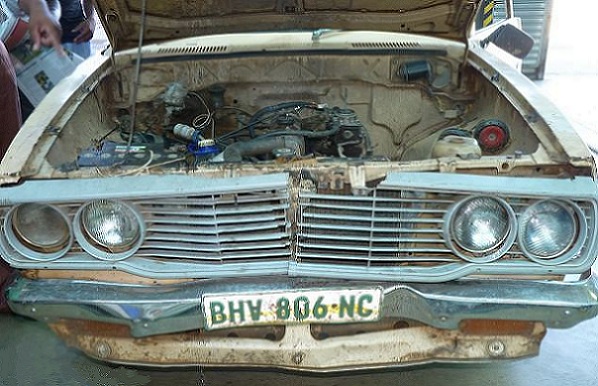 He added that the shock absorbers had been tied into position with wire and the driver had mounted a leaking plastic bottle into the engine as a petrol tank.

'It's a miracle that it never caught fire. Everything on this vehicle was faulty except the front windscreen.

'In the history of our city the vehicle easily takes the trophy with the highest number of defects found.'

The car was confiscated yesterday during a random spot check by licensing official Moses Alfonse, who said he had never seen a more dangerous vehicle.

He added: 'In my 40 years as a traffic policeman, it was the worst car I've ever seen on the road.'

Y'know, I'm sure I passed (and was passed by) that same truck many a time on the roads of South Africa. It (or its identical twin) smoked, steamed, shuddered, juddered, and shed parts and bits of bodywork with gay abandon . . . but it moved . . . after a fashion, anyway! At least American drivers have (so far) been spared such encounters!

Yep, seen some pretty 'interesting' ones in various parts of the world, but never one 'quite' that bad...

I had a '75 Toyota that was still on the road in '95, but it never got quite that bad. At least all five gears worked.

At least American drivers have (so far) been spared such encounters!

Apparently, you've never been to Minnesota in the depths of winter.