The Civil War through the camera lens


The Atlantic's 'In Focus' photography column is producing a series of articles containing photographs of the American Civil War (1861-65). They contain some remarkable pictures. Here are a few samples.

From the first article in the series, 'The Civil War, Part 1: The Places', here's Fort Sumter in the harbor of Charleston, South Carolina, in April 1861, shortly after its capture by Confederate forces. Repairs are already being made to the damage inflicted by the Rebel artillery bombardment. 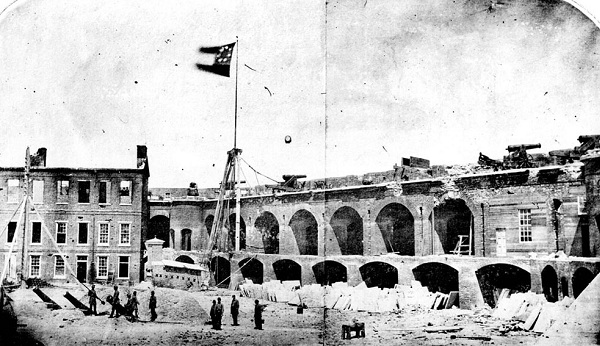 From 'The Civil War, Part 2: The People', here are three pictures of a slave from Baton Rouge, Louisiana, identified only as 'Peter'. The scars are the result of a savage beating by his overseer, from which he needed more than two months to recover.

The next article, 'The Civil War, Part 3: The Stereographs', contains photos shot in stereographic format (i.e. two photographs are taken from two slightly different positions, so that when seen together through the requisite viewer the two-dimensional pictures appear to combine, producing a single, three-dimensional image). In the article, you can accomplish this by clicking each picture to see the two images briefly contrasted. I can't reproduce a stereographic effect on my blog, but here's one of the images, showing a mortar mounted on a railroad carriage near Petersburg, Virginia (no date is given). 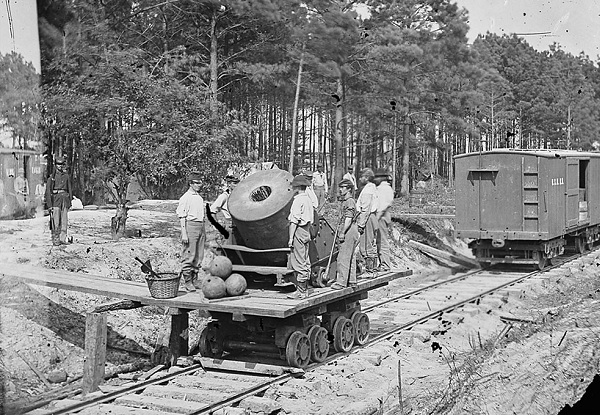 There are to be more articles in the series, so it's worth bookmarking the 'In Focus' home page to keep track of them as they appear. Also, the Atlantic's special issue commemorating the 150th anniversary of the start of the Civil War, published last year, is now available online. It has a number of very interesting articles, plus more illustrations. Along with the photo articles, it's highly recommended reading for history buffs.