Japan's Yakuza (organized crime syndicates) appear to have infiltrated that country's nuclear power industry even before the March 2011 earthquake and tsunami. Following that disaster, their influence became much more visible. The Telegraph reports:

The yakuza are not a secret society in Japan. The government tacitly recognises their existence, and they are classified, designated and regulated. Yakuza make their money from extortion, blackmail, construction, real estate, collection services, financial market manipulation, protection rackets, fraud and a labyrinth of front companies including labour dispatch services and private detective agencies. They do the work that no one else will do or find the workers for jobs no one wants.

“Almost all nuclear power plants that are built in Japan are built taking the risk that the workers may well be exposed to large amounts of radiation,” says Suzuki. “That they will get sick, they will die early, or they will die on the job. And the people bringing the workers to the plants and also doing the construction are often yakuza.” Suzuki says he’s met over 1,000 yakuza in his career as an investigative journalist and former editor of yakuza fanzines. For his book, The Yakuza and the Nuclear Industry, Suzuki went undercover at Fukushima to find first-hand evidence of the long-rumoured ties between the nuclear industry and the yakuza. First he documents how remarkably easy it was to become a nuclear worker at Fukushima after the meltdown. After signing up with a legitimate company providing labour, he entered the plant armed only with a wristwatch with a hidden camera. Working there over several months, he quickly found yakuza-supplied labour, and many former yakuza working on site themselves.

Suzuki discovered evidence of Tepco subcontractors paying yakuza front companies to obtain lucrative construction contracts; of money destined for construction work flying into yakuza accounts; and of politicians and media being paid to look the other way. More shocking, perhaps, were the conditions he says he found inside the plant. 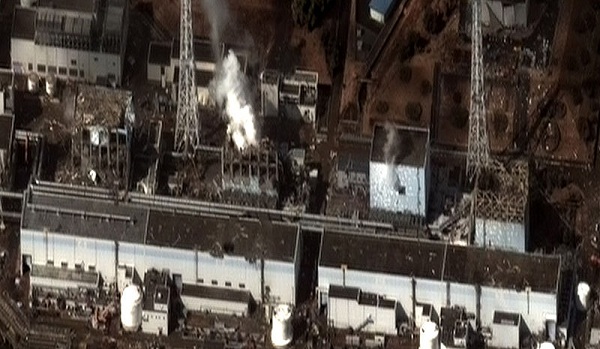 His fellow workers, found Suzuki, were a motley crew of homeless, chronically unemployed Japanese men, former yakuza, debtors who owed money to the yakuza, and the mentally handicapped. Suzuki claims the regular employees at the plant were often given better radiation suits than the yakuza recruits. (Tepco has admitted that there was a shortage of equipment in the disaster’s early days.) The regular employees were allowed to pass through sophisticated radiation monitors while the temporary labourers were simply given hand rods to monitor their radiation exposure.

A former yakuza boss tells me that his group has “always” been involved in recruiting labourers for the nuclear industry. “It’s dirty, dangerous work,” he says, “and the only people who will do it are homeless, yakuza, or people so badly in debt that they see no other way to pay it off.” Suzuki found people who’d been threatened into working at Fukushima, but others who’d volunteered. Why? “Of course, if it was a matter of dying today or tomorrow they wouldn’t work there,” he explains. “It’s because it could take 10 years or more for someone to possibly die of radiation excess. It’s like Russian roulette. If you owe enough money to the yakuza, working at a nuclear plant is a safer bet. Wouldn’t you rather take a chance at dying 10 years later than being stabbed to death now?” (Suzuki’s own feeling was that the effects of low-level radiation are still unknown and that, as a drinker and smoker, he’s probably no more likely to get cancer than he was before.)

A recent report in Japan’s Mainichi newspaper alleged that workers from southern Japan were brought to the plant in July on false pretences and told to get to work. Many had to enter dangerous radioactive buildings. One man was reportedly tasked with carrying 20kg kilogram sheets of lead from the bottom floor of a damaged reactor up to the sixth floor, where his Geiger counters went into the danger zone. One worker said, “When I tried to quit, the people employing me mentioned the name of a local yakuza group. I got the hint. If Tepco didn’t know what was going on, I believe they should have.” Former Tepco executives, workers, police officials, as well as investigative journalist, Katsunobu Onda, author of TEPCO: The Dark Empire, all agree: Tepco have always known they were working with the yakuza; they just didn’t care.

It's sobering to realize that such dangerous technology is so dominated, for want of a better word, by organizations whose primary interest is anything but its safe operation or the security of those living nearby! However, the influence of the yakuza in Japan is so deeply entrenched in society that I don't know whether the publication of Mr. Suzuki's book will make a difference. Many of the politicians who would have to take action to do so are themselves 'bought and paid for' by the yakuza.

I guess it's a bit like New Orleans during and after Hurricane Katrina. Many elected and appointed officials there were corrupt long before the storm hit. The disaster merely exposed the extent of the corruption. Those involved proceeded to 'play nice' while waiting for the publicity to subside (while throwing a few of the most venal - and most exposed - among them to the wolves). As soon as things had quietened down again, they went back to 'business as usual'. It took the election of Governor Bobby Jindal, a few years later, to begin to bring institutionalized corruption in Louisiana under control. (I've never forgotten how most of the members of the State's Board of Ethics resigned, shortly before new legislation he'd sponsored took effect. It would have required them to disclose details of their personal finances and potential conflicts of interest. He made a lot of the "good ol' boys" in Louisiana very unhappy . . . and, I'm pleased to report, he's continued to do so. Good!)