A feast for Ferrari lovers!


Followers of the Ferrari marque are in for a treat at the 2012 Silverstone Classic in England, to be held in July. The organizers have announced:

This year marks the 25th anniversary of the remarkable Ferrari F40, the incredible supercar rated by many ‘cognoscenti’ as the finest showroom model to have been created by the revered Italian automotive company. Commemorating such an important milestone, the Ferrari Owners’ Club of Great Britain is organising the largest collection of F40s ever seen for 2012’s running of the world’s biggest classic racing festival. 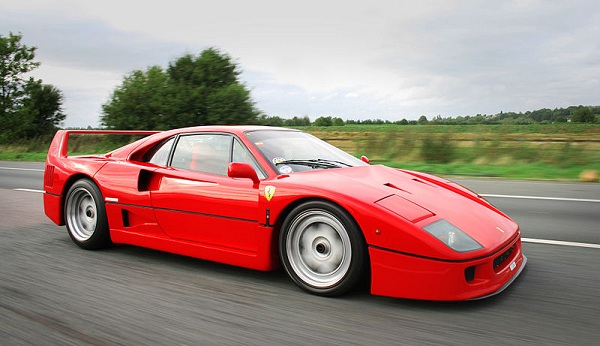 “Our original aim was to get at least 25 of these Ferraris together and, as I have contacted owners, I have been gratified that so many want to be part of the celebration – so much so that we now have more than 50 F40s registered for the event with more still to come!” reported Nigel Chiltern-Hunt, the club’s co-ordinator for this anniversary gathering and himself the owner of one of these most loved and admired of all Ferraris. “A parade of those F40s present is planned for the Sunday and it undoubtedly will be the largest gathering of F40s ever seen anywhere in the world and will certainly beat the club’s own previous record of 40 F40s seen at the Silverstone Classic in 2007.” 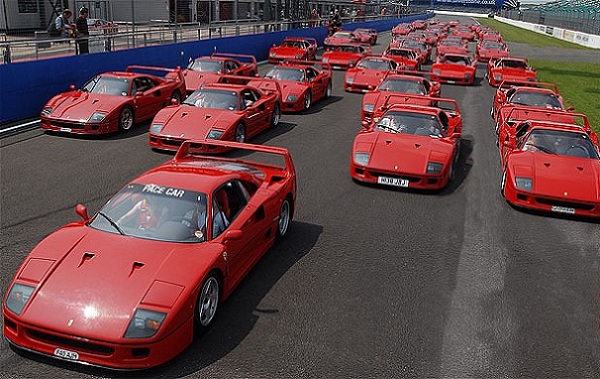 First introduced in 1987 to honour Ferrari’s 40th anniversary, the mid-engined F40 was the final car commissioned by the Prancing Horse’s legendary founder Enzo Ferrari – as such it was specifically designed to serve as a dramatic and lasting testament to his track-developed, high performance supercar ethos. Blessed with a dramatic ultra-lightweight body designed by Pininfarina (featuring many carbon-fibre and Kevlar panels plus plastic windows) and propelled by a twin-turbocharged V8 developing 478 horsepower, performance was nothing short of phenomenal. Indeed the F40 was the world’s first 200mph production road car and has been widely hailed as ‘the greatest supercar’ of all time.

2007 also saw the 60th anniversary of the Ferrari marque, with a two-day celebration at Silverstone culminating in a world record assembly of no less than 385 of the famous cars. Here's a video report of the occasion.

Why is my keyboard suddenly covered in drool? And who opened that airline ticket site in a new tab of my browser?

At least a few of those will actually be driven... And I'd love to know what the average milage is on them...

Drool looks hideous. Have to change before I go out this morning.

The F40 was a beast of a car- unfiltered, unrefined, but a pure race car for the street. And one of the best looking vehicles of the 1980s, challenged only in beauty by its stablemate, the Testarossa (or maybe by its competitor, the Countach).

It's still the one car I would choose if I could pick any vehicle to be my own. Not as a daily driver, but just because it is just such an amazing vehicle.