I've had a number of complaints from readers that Blogger's new captcha images (circled in red in the screen-capture picture below) are too difficult to read, and that consequently they've given up trying to comment here and on other blogs that use them. 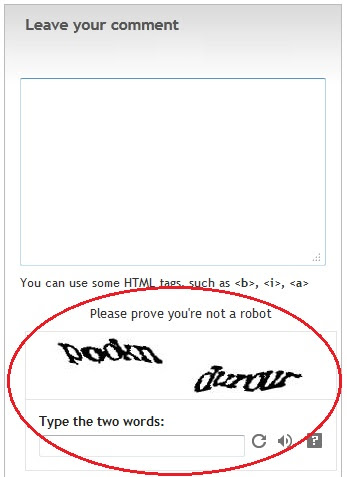 Other blogs have reported the same thing, and I've had a couple of similar problems myself, where I've had to refresh the captcha images to find one that was readable. The same difficulty is being reported on Blogger support forums, such as, for example, in this thread: so it looks as if a lot of people are unhappy with the new system.

As a result, I've decided to follow the example of some other blogs, and disable word verification in my Comments system. You can now post comments without having to read a captcha image and enter it. I've also shortened the 'open comment window' to three days from the date of the post. After three days, all comments made in reply to that post will automatically go to comment moderation.

I hope this will solve the captcha problem; but it may also lead to an increase in 'spam' comments. If it does, I'll simply have to go to universal comment moderation. I don't want to do that, as it may sometimes take several hours for me to get to my comments folder and publish them; but we'll have to see how well this new approach works. Meanwhile, let's hope Blogger comes up with a better word verification system!

thank heavens....now I can tell you how much I enjoy all of your articles and how many fun sites I've found through your links....
who-da thunk idiot/robot resistant was dan proof

Thank you! I have wanted to comment on a number of posts lately but just could not, despite repeated tries! Hope the new system works for you.

Thank you! I have wanted to comment on a number of posts lately but just could not, despite repeated tries! Hope the new system works for you.

AAARGHH!! Apologies for the double message :-)

@titflasher: Three messages? You must really enjoy the absence of captcha!

I read an article on those captcha words recently. The gist was several words were taken from very old books or documents scanned for the purpose of saving them for posterity. The words selected for captcha include scanned words that were difficult (or impossible) to read, so the public was involutarily used to decode them. Is that true? I don't know.

Thank you. I've been following your blog for several years, will make it a LOT easier to comment 8)

I was going to e-mail you about this problem.

At 70 years of age my eyes aren't up to trying to decypher those ink blots!

Toejam: I'm 35 and have 20/20 vision and was still having a heck of a time reading the new captcha images. I imagine it's much worse for anyone with any sort of vision problem.