A Tunnel of Love - complete with occasional trains!


I was fascinated to see pictures of a natural 'tunnel' of vegetation near Kleven, Ukraine, sent to me by Stefan M. of Kiev. 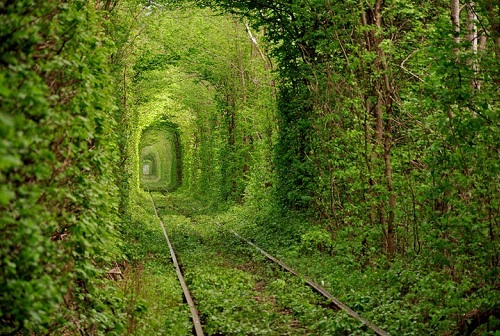 Intrigued, I tried to find out more, and came across this article in the International Business Times.

An unused railway track in the small Ukrainian town of Kleven (which lies some 350km from Kiev) has naturally transformed itself into a romantic paradise for couples. 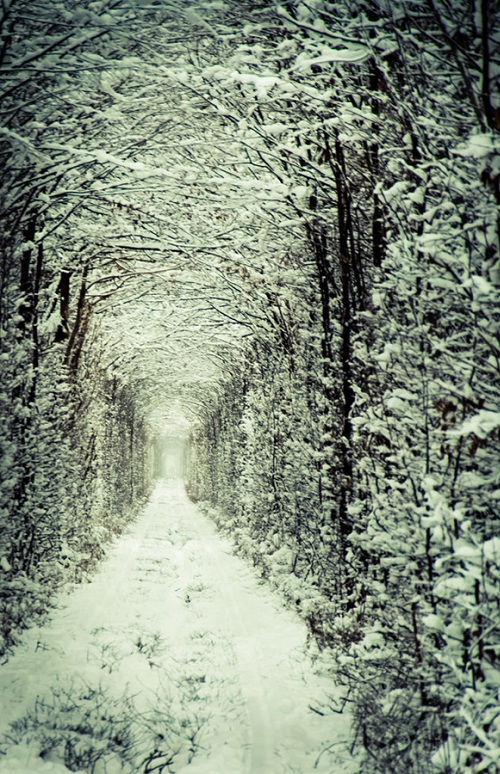 The track, which is known locally as The Tunnel of Love, is becoming an increasingly common spot for couples, particularly during spring, when a huge canopy of trees along the track grows over either side to form an arch. This arch stretches for up to three kilometers and looks like a green tunnel of trees and couples wishful of a few moments of romantic solitude are often seen strolling around. 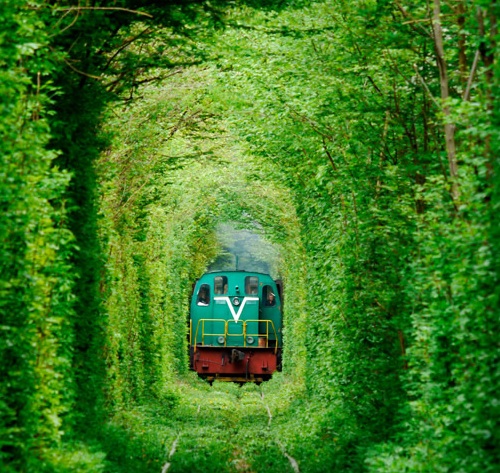 However, the railway track ... is actually a part of a private railway serving a fibreboard factory in eastern Ukraine near Kleven. The train carrying logs chugs along the tunnel, or rather through it, thrice a day. That occasional activity is what, perhaps, prevents the trees from growing in the middle of the track, allowing the tunnel to remain as it has through the year.


There's more at the link.  Here's a video clip of the train passing very close to the photographer, who was obviously walking down the 'tunnel' when it came through.

Lovely, isn't it?  I'd kinda like to see that one day.

I've seen the pictures before, never knew where it was. Now I know, thanks! Lovely place!