The Silicon Graybeard links to something I'd not heard of before, but found highly amusing:  a condensed script to the movie 'The Perfect Storm'.  Here's an excerpt.

<Fade from black to a ship arriving into port. Close-ups of fish being gutted for increased realism.>

Diane Lane: Thank goodness you're back from that non-descript period of time on the sea. I missed you so (She smooches Mark Wahlberg).

Karen Allen: While I, personally, no longer care what fate befalls you, our son here might be happy you have returned.

John C. Reilly: Hey, big guy! How are you compensating for the constant absence of a strong father-figure?

Mary Elizabeth Mastrantonio: I'm glad you're back from your voyage. Maybe it would have been possible for you and I to have had some sort of romantic relationship if you weren't so extremely gruff.

John Hawkes: It's too bad I have no romantic involvement to greet me after my lonely days upon the sea. Times like this remind me of just how blindingly unattractive I am.

There's more at the link.  Good for a giggle!


Carteach asks:  "Are your 'home defense' weapons really there for you?"  Sage advice from one who knows.  He also recommends a gas-canister-fueled stove for emergency use.  User reviews on Amazon appear to support his high opinion of it.  I've already ordered mine.


Murphy's Law discovers that his dog regards his pain as an invitation to fun and games.  Hilarity ensues . . .


Old NFO brings us a story from the hottest days of the Cold War, when the world stood on the brink of a nuclear holocaust.  It's a sobering reminder of how very, very close we came to global disaster. 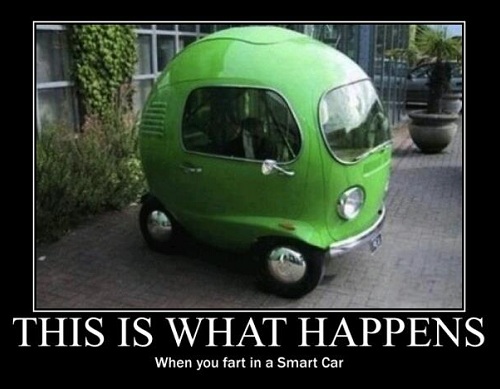 
Some time back, Mulligan at Do Over posted a picture of this weird-looking computer workstation. 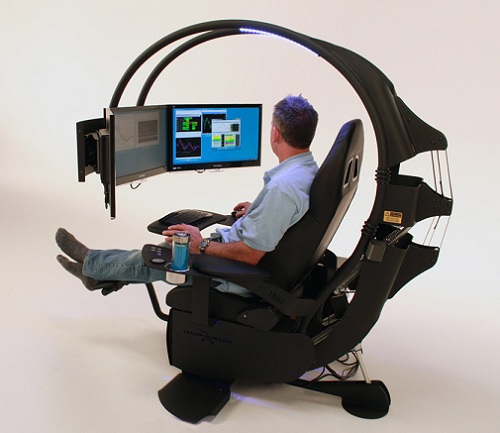 It's apparently called the Emperor 1510 by its manufacturer.  Certainly looks imperial to me - like something from the Death Star!


Borepatch departs from his usual food for thought to bring us food for the body - to be specific, bison teriyaki.  I'd not have thought of combining bison and Oriental flavoring, but he says it works well.  I can see I'll have to duplicate his experiment . . . all in the interests of science, of course!


Dr. Grumpy points out that part of the course for the US Marine Corps Marathon, held in Washington DC today, had an . . . er . . . interesting shape.  I'd say he has a point . . . and knowing the Marines, I'm not so sure it was accidental!


Warren Meyer points out that the Solyndra scandal is far from over.  Now the backers of the idea, having walked away with over half a billion dollars in US taxpayer money, want to mine the dregs of what remains of the company for hundreds of millions of dollars in tax write-offs.  Is it any wonder we're sick of crony capitalism?

In similar vein, Midwest Chick responds to a snooty liberal perspective on the current election with a very down-to-earth smackdown.  She refers to it in terms of 'Republican' and 'Democrat', but I think it's not so much party-political as statist versus libertarian in orientation.  Worth reading.


Finally, MSgt B. brings us a rejection letter from Playgirl (scroll down at the link to see it).  It made me snort coffee all over my keyboard!


That's it from the blogosphere for this week.

I've foiled your evil plot. I went out and bought a fire extinguisher, so my laptop won't set the coffee table ablaze...again.

Thanks for the link Peter! And the rest if the links are great too!