Time to ring the changes again.  How many of you remember the movie "The Last Valley"? 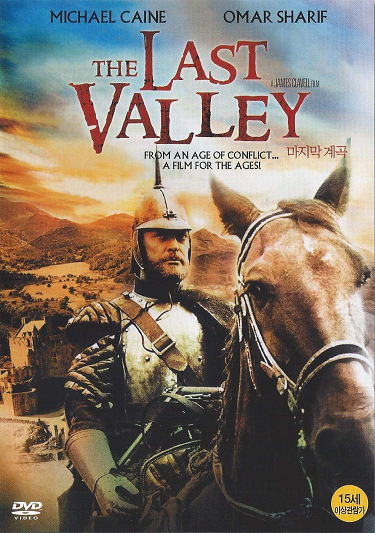 It was made in 1971, and tells of a valley invaded and occupied by mercenary soldiers during the Thirty Years War in Germany.  Despite superb acting performances, particularly from Michael Caine and Omar Sharif, it was a box office failure, probably because it reflected (accurately) the nihilism, confusion and pointlessness of those nightmare years across Europe.  Wikipedia quotes George MacDonald Fraser, one of my favorite writers, as saying of it:

"The plot left me bewildered - in fact the whole bloody business is probably an excellent microcosm of the Thirty Years' War, with no clear picture of what is happening and half the cast ending up dead to no purpose. To that extent, it must be rated a successful film. ... As a drama, The Last Valley is not remarkable; as a reminder of what happened in Central Europe, 1618-48, and shaped the future of Germany, it reads an interesting lesson."


That's why I enjoyed it.  As a student of history, I found it very accurate.

Whether or not it was commercially successful, its soundtrack, composed by John Barry, is also intriguing.  Here are selections from it.

The movie isn't played often, due to its lack of commercial success, but it's available on Amazon.

For the last 73 years there have been American solders stationed in Germany AND we've not had that reoccurring problems with the Germans.

Your mention of Germany and the waste in the 30 years war made me think of this... I think about it when people talk of getting out of nato too..

I recall seeing this film in the theater. harsh times depicted. on the same venue was sound of music. what an eclectic mix of film that theater bought.

comparing to modern times, one would think the russians and french would be thankful for our longterm occupation of germany, i knpw the british people are very grateful we stayed in germany. two generations of european youth slaughtered out of hand in one century was more than enough for the british people. the russian people have had a terrible time of it last century what with the untold millions of dead they have buried disregarding the millions their own governments have given the dirt nap.I don't know if the french people will ever get their head out of their collective asses. the arrogance of the leaders in france give me pause. they have a culture of privilege which has lasted since the last of french kings were killed. I think that the french people regret that in their heart of hearts. gave them someone to blame instead of themselves. oh well.
the last valley says it so much better.

You are the second one to mention this movie. OldAFSarge at ChantduDepart talked about it in February.

Two people, whose opinions I trust, recommend it for the same reasons. The gritty portrayal of the 30 Years War and for the music.

I will have to now hunt it down and watch it.

The 30YW is what the US could have devolved to during the Great Unpleasantness of 61-65. And it is what we could be heading to now, considering how balkanized the two main factions in this country are. Mostly us vs us, with just ideological differences splitting us apart.

England, on the other hand, looks to be descending into a state roughly equivalent of the Iberian Peninsula after the Conquista, before the Reconquista started. Definitely an us vs them situation. With the governments (local, regional and state) siding with the invaders (much like many Iberian powers did during the Conquista.)

"I shot the Sharif
But I did not shoot the deputy"

--with apologies to the late Bob Marley

12.24 to 15.05,anyone else hear a little foretaste of the Dances with wolves soundtrack?