An update on small handguns for self-defense


My article yesterday on this subject has drawn a number of comments, both here, and through other channels. I'd like to address some of them tonight.

First, a number of correspondents took me to task for not including the CZ Rami pistol in my list of recommended firearms. Mea culpa! Yes, the Rami's reported to be a very fine little pistol. 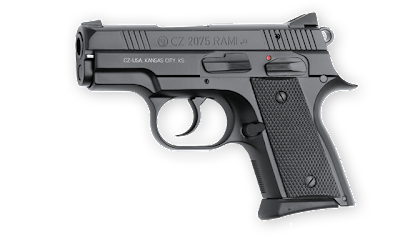 My only excuse is that I've never fired one (or even seen one, as far as I know). I used the larger CZ-75 pistol for some years, and it gave me excellent service. I'm sure the smaller CZ pistols share its high quality. CZ's Web site is here.

Other correspondents have questioned why I didn't include the Makarov pistol or its 9x18mm. round in my recommendations. There are two reasons. First, as far as I'm aware, no-one markets a new-production pistol to the civilian market in this caliber. The only weapons available are military-surplus pistols, made in numerous countries to varying standards of quality. One can find some in very fine condition: but many that I've seen and tested were worn, with lousy sights, and a trigger pull so heavy and gritty it's guaranteed to give even Goliath a case of carpal tunnel syndrome before long! Furthermore, ammunition in this caliber suitable for self-defense is not commonly stocked by most dealers. One can order it over the Internet, of course, but for new firearms owners who aren't into the whole 'gun scene', that's not something they'll know much about. On balance, therefore, I don't recommend this round or firearm for the average gun owner.

Several respondents asked why I hadn't recommended smaller models of the world-famous 1911 auto pistol design by John Moses Browning. There are three reasons. First, the small 1911's are notorious for having functioning problems. Some don't, sure . . . but many do. Second, they're usually considerably heavier than a polymer- or alloy-frame pistol from other manufacturers. Third, their single-action design is very fast and effective for a trained shooter, but not so much for one who doesn't train or practice as often as he or she should. Just look at the 1911's accident record in the US Army, where unpracticed soldiers frequently shot holes in themselves! That was one reason for the 1911's replacement (although I, like many others, regard the current 9mm. pistol as a backward step, for many reasons). Therefore, I haven't recommended the smaller 1911 pistols for the average shooter.

Some shooters asked why I hadn't recommended calibers such as the .44 Special. I agree that it's an excellent caliber, and I like it. However, for the sake of simplicity, I stuck with the common police calibers as a general recommendation, and pointed out that if your chosen round was smaller (in caliber/diameter) or of lower power than these, it probably wouldn't be a good choice for self-defense. Since the .44 Special is neither smaller nor of lower power, and is at least as good as the .45 ACP 'on the street', I'd carry one for my own defense with great comfort.

Some asked how the .380 ACP could be equated to the .38 Special, given the latter's considerably heavier bullets. It's a matter of bullet energy. In standard-pressure loads (i.e. no +P or high-pressure loads), the two rounds are usually within about 10% of one another. Let's compare three rounds from the same manufacturer, Hornady, as an example. Their standard-pressure 125gr. jacketed hollow-point .38 Special load is rated at 225 foot-pounds of energy at the muzzle. In the same caliber, their 140gr. JHP load (also standard pressure) is rated at 199 foot-pounds. Their 90gr. JHP load in .380 ACP is rated at 200 foot-pounds. You can see that the energy figures for these cartridges are very similar: hence, their approximation for defensive use, albeit at the lower end of the acceptable-performance scale.

Other than those questions, many say they've found yesterday's article helpful. I'm glad you do, and I'll try to prepare an article dealing with ammunition selection for future publication.

The next time you're over you'll get your paws on a RAMI - I bought one the day after the election. Will bought himself a Sig 556. Both have proven to be quite excellent.

Thanks for adding the CZ's :D you'll like the RAMI!

Not to mention that pistols in .380 caliber are of the class that when you point them at the goblin, you pull the trigger until it goes "click".

I had good luck with a taurus PT 111, Milenium pistol. It is about the same size as a Clock 26 but it cost a lot less. Taurus has a decent maintenance facility available in Miami, FL. The PT 111 also fit snugly into my Glock holsters. It was accurate with a trigger pull similiar to the Glock 26. I would still have it if I hadn't traded it for a US M1 Carbine worth 2X the Taurus.

I'm an old man living out in the country in a section of our country with lots of meth problems. I'm considering my first handgun purchase, probably a Ruger LCR, .38 cal. (or something similar) since it will fit in my jacket pocket as I walk our ten acre property line. Your article was very informative. Thanks.

Walther PPK/s about the smallest .380 I would carry. Maybe a Sig 938 or a Kahr. The Mustang clones by Kimber might work.
The S&W 3913 is only slightly larger than the Walther, maybe a better choice.