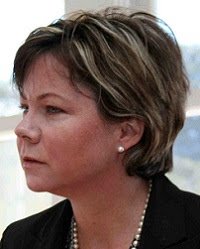 I was saddened to learn that Siobhan Reynolds, a controversial activist opposed to DEA and other law enforcement clampdowns on pain management medication and those who prescribe and administer it, has died in an aircraft crash. She was a fearless campaigner, one whose advocacy will be greatly missed.

Her death is of particular interest to me because I'm one of the many who suffer from constant, incessant pain. Mine's the result of a disabling injury in 2004. I used to be on a drug 'cocktail' of three different medications to control my pain, until (after my heart attack in 2009) I had to cut back on the number of prescription medications I was taking due to negative interactions and side effects. It means that my level of pain is more elevated than before, but that's just something I've had to learn to live with. Now, I take a painkiller only when I can't stand the pain any longer.

It's amazing how many doctors are 'running scared' because of the DEA's constant monitoring of medical facilities and personnel, trying to 'catch out' those it suspects are over-prescribing narcotic pain-relievers. When I moved between states last year, I asked my new physician to re-issue my pain medication prescriptions, and was taken aback when he flatly refused to do so. He explained that, given the nit-picking strictness of drug law enforcement in my new state, it just wasn't worth the potential trouble to him and his practice to do so. He offered to refer me to a pain management specialist instead (which would, of course, involve additional expense, additional delays, and problems with my medical insurance, who'd have to be convinced that a referral to a specialist was warranted when, in my previous state of residence, my general physician had routinely renewed my pain management prescriptions on an annual basis with no difficulty whatsoever).

You can read more about the problems caused by the clash between drug legislation and pain management in a CATO Institute policy analysis, 'Treating Doctors as Drug Dealers: The DEA’s War on Prescription Painkillers'. It makes sobering reading. You can learn more about Ms. Reynolds' trials and tribulations with law enforcement over the issue in Radney Balko's tribute to her, which is well deserved. Articles on her blog give more information about the problem; and you can learn more at the Web site of Kevin P. Byers, a lawyer with whom she worked on the problem, and at the Web site of the now-defunct Pain Relief Network, an organization Ms. Reynolds founded and ran until legal issues forced its closure.

I hope others will take up the cause for which Ms. Reynolds fought so hard and so long. I'll certainly try to support it as best I can, knowing from all too bitter personal experience how important it is.

I have anxiety/attention deficit issues, and a pain that develops in my mid-back - often, the anxiety is misdirected anger, which impacts sleep, etc., so what WORKS for me {ie, Valium} is harder than hen's teeth to get docs to prescribe, because they're so afraid of the DEA; had one doc recommend Melatonin 3 mgs. as a sleep aid - which is fine, as long as I don't have to be functional for at least 4 hours after I get up; Zoloft is about useless for me. 5-10 mgs of Valium as needed {MAYBE 3 times/week} works just fine for me, I DON'T have the 'hangover' I get with Melatonin, but I can NOT get a doc to prescribe it for me ................ and, of course, Darvocet was taken off the market, which was my med of choice for migraines .................... :-(
This garbage has gone on, at least as far as I'm aware, since Seldane was taken off the market - the ONE medication that alleviated my environmental allergies with NO side effects, and it went POOF!!

Sorry to hear of her death, and it's awfully easy to get any meds you want in LA...

I believe that unrelieved pain is one of the most debilitating human problems and I am truly sorry that you are plagued by it.

I suffer with RSD (Reflex Sympathetic Dystrophy) and face never-ending queries and insinuations of addiction whenever I see my GP (this whilst he hands out Methadone and Benzodiazapines like sweets to those more deserving than I and others like me).

I mirror your hope someone will take up Ms. Reynolds banner (we here in the PRUK have no-one willing to do so). My thoughts are with her family and friends who should remember hers as a life well spent.