The US Coast Guard's cutters are showing their age


I've known for some time about the proposed refurbishment of many of the US Coast Guard's cutters, to extend their service lives from the initial requirement of 30 years to as long as 45 years. It seems the job is turning out to be more complex and demanding than what it was conceived to be. HuffPost reports:

The 270-foot Bear has been in dry-dock ... since October, where it is undergoing a $10 million overhaul scheduled to last until May. When it was launched in 1980, the first of a class of medium-endurance cutters (WMEC) designed for search-and-rescue and law enforcement, the Bear was built to last 30 years. Now officials are counting on repairs and upgrades to give it another 10, maybe 15, years on patrol from its base in Portsmouth, Va. 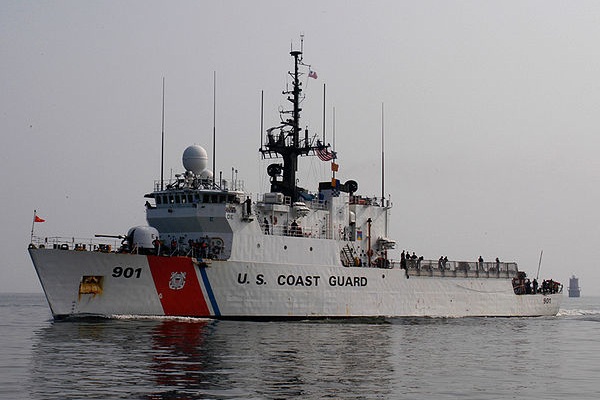 "It's always a struggle," said Lane, whose vessel typically sails into heavy seas and stormy weather that Navy ships typically avoid, which contributes significantly to the cutters' higher rate of corrosion from salt air and water. His last patrol, a drug interdiction operation in the Caribbean, was delayed because of "a cascading set of failures" that included a busted water maker and problems with the propulsion controls. Before going into dry-dock, the Bear was logging 15 to 30 "casualties," or mechanical breakdowns, on every eight-week patrol.

"The crews on the ship work very, very hard to keep them running and executing their mission," Lane said, but, "It's a day-to-day fight."

One the Coast Guard has been fighting for more than a decade. A perfect storm of mismanagement, procurement cost overruns, expanded post-9/11 security duties, budget constraints and a rapidly aging fleet have combined, analysts say, to make a mockery of the service's motto: Semper Paratus -- Always ready.

The frequently floundering fleet -- the Bear was one of four WMECs in for rehab of a total 13 -- has increasingly struggled to carry out missions that range from port security to policing commercial fisheries to saving mariners to enforcing drug and immigration laws. Squeezed resources have also affected the Coast Guard's ability to inspect offshore drilling platforms to prevent future disasters like the BP Gulf oil spill.

The sea service came up short last year after another disaster, the devastating earthquake in Haiti. Of the dozen large cutters -- including the Bear -- sent to evacuate Americans and bring critical supplies to Haitians, 10 needed emergency repairs that delayed or took them out of action.

Earlier this year, the Cutter Mohawk was forced to suspend a Caribbean patrol for 10 days while it underwent emergency repairs in Guantanamo Bay, Cuba, to replace a busted lube oil cooler in the engine room. Other ships have been forced into port to repair or replace hydraulics, radar, propulsion, air conditioning and other critical systems worn down by age and overuse.

"We're sensitive to the fact that we're in fiscally tough times right now," said Vice Adm. Robert Parker, who commands the Coast Guard's Atlantic area. Still, "There's a certain breaking point ... where it's so hard to maintain it that the effort that you expend to maintain it really distracts you from the ability to do your job"

"I think we're at that latter stage now," he said.

I think it's critical that the Coast Guard be funded and equipped to match its role as one of our foremost search-and-rescue and security services; but the appalling mismanagement of its Deepwater program has left the service in the financial doldrums. In that respect, it's suffering from the same woes as the US Navy, whose shipbuilding and maintenance programs are also reeling under the twin burdens of catastrophic mismanagement and gross inefficiency.

Since both services have proved inept at managing their present programs, why not scrap all of them and try something new, with the services working together? It shouldn't be a major problem for them to jointly define and develop new-generation light escort vessels, littoral combat ships and patrol cutters using common hull designs. If they want larger ships, they could start with the 1970's-vintage design of the successful 4,100-ton Oliver Hazard Perry class frigates, and update it with modern electronics, systems and weapons. 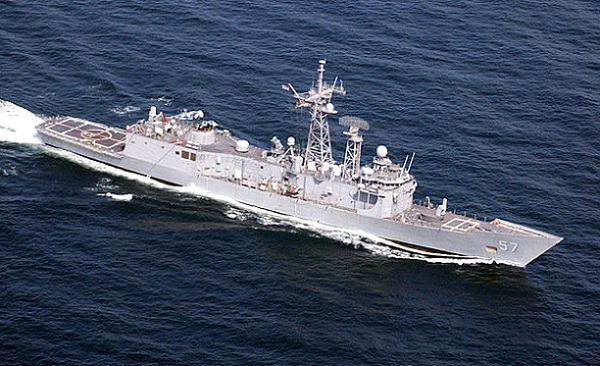 If smaller vessels are more suitable for their needs, they could look at modern foreign concepts (why reinvent the wheel?) such as the French Gowind class of patrol corvettes, which is available in four different sizes, from 1,100 to 2,500 tons. 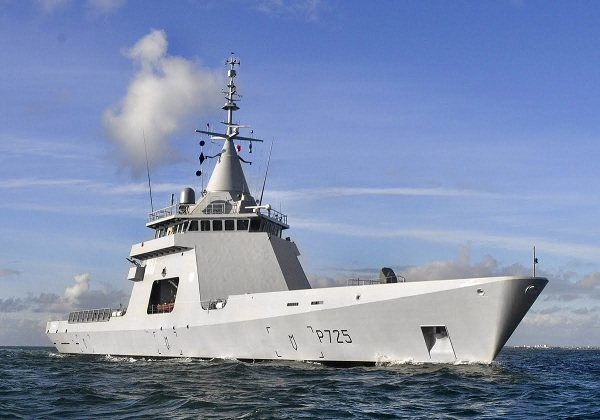 The first ship of the class, the 1,450-ton corvette l'Adroit, has begun a three-year period of service on loan to the French Navy. Malaysia has just ordered six larger-model Gowind class ships for Coast Guard-style patrol operations.

If the Navy and the Coast Guard could agree on a common hull design, and adapt it to their own specific requirements, they'd save a great deal of money through the benefits of mass production, and probably avoid an immense amount of duplication of effort and bureaucratic overhead. That should please Congress, which votes their budgets, and the American people too. I think someone needs to knock a few heads together in both organizations until they get the message!

In the State of Wisconsin, a much smaller entity than D of Defense, it was proposed that all Cabinet departments standardize on one mainframe computer database-manager.

That was 20 years ago, and under a Governor who was VERY strong and who remained in office for 6+years after that proposal was made.

You get one guess as to whether that common-sense measure penetrated the "minds" of the affected bureaucrats........

It's sad that Deapwater started when I was still in, it's been over 16 years of failure, they should have purchased new ships while the economy was doing well, I would think there will be very tough times ahead for the USCG.

It's a pity Jacky Fisher's dead...