A shiny (and expensive) start to the New Year


A Hong Kong jewellery manufacturer, Chow Tai Fook, is offering a carefully-crafted golden dragon as part of its collection ushering in the Year of the Dragon in the Chinese calendar (2012 to us Westerners). They've combined the two dates into a sculpture depicting a dragon with its body forming the shape of the numbers '2012'. 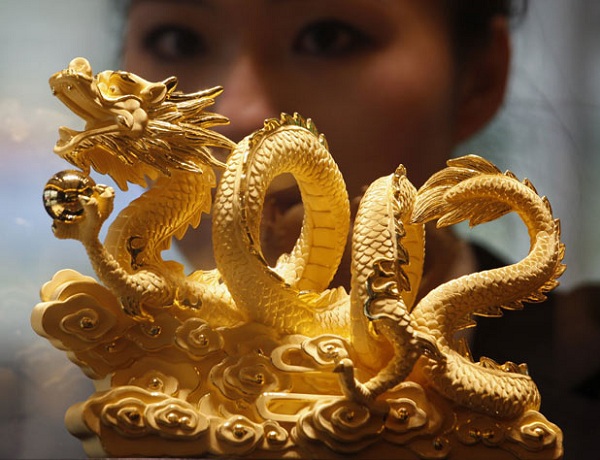 Official measurements in Hong Kong state that one tael is equivalent to 37.79936375 grams, so the nine-tael statue weighs about 12 ounces. With gold currently priced at around $1,700 per ounce, the statue's worth as bullion would be $20,400.

I have to admit, that's a pretty artistic dragon . . . and perhaps a worthwhile investment, too (depending on the purchase price - and if one can afford it), given the rate at which precious metals are increasing in value!

Yep, one EXPENSIVE investment... but it's pretty nice too!