An amazing piece of flying!


A pilot blinded by a stroke has been 'talked down', landing his aircraft safely even though he couldn't see the runway.

A plane was scrambled from the RAF base at Linton-on-Ouse in North Yorkshire to help stricken pilot Jim O'Neill, 65. 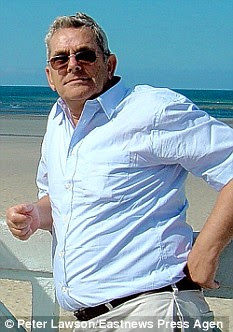 He was flying a two-seater Cessna aircraft from Glasgow Prestwick Airport to Colchester, Essex, when he suffered a stroke and lost his sight.

The RAF plane flew alongside Mr O'Neill and the pilot shepherded him to the base with instructions over the radio.

Mr O'Neill, who has 18 years' flying experience, was overhead at RAF Leeming in Northallerton when he encountered difficulty and sent a mayday alert last Friday.

Operations commanding officer at RAF Linton-on-Ouse, Wing Cdr Andy Hynd, said: "At first he believed he was being blinded by sunlight because he had difficulty seeing his instruments and so he declared an emergency.

"He was handed over to us from Leeming and when we spoke to him he said he was happy to continue flying.

"However, air traffic control noticed his aircraft was descending and turning and he was asked again whether he wanted to continue at which point he said no."

Despite air traffic controllers' efforts, Mr O'Neill was unable to land the plane at nearby Full Sutton Airfield near York and was directed to RAF Linton-on-Ouse.

Mr Hynd said: "He still couldn't see the runway here and he was starting to get distressed so we thought it was best to send a plane to him."

Wing Cdr Paul Gerrard, chief flying instructor, flew his Tucano T1 about 50m next to the Cessna to bring Mr O'Neill safely down.

Mr Hynd said: "He used his voice to guide him [Mr O'Neill] down by telling him to turn left and right, to lower the plane and to do his pre-landing checks.

"At very short range he still couldn't see the runway and it was only at the last minute that he could. He landed about halfway down and came to a halt just at the end. 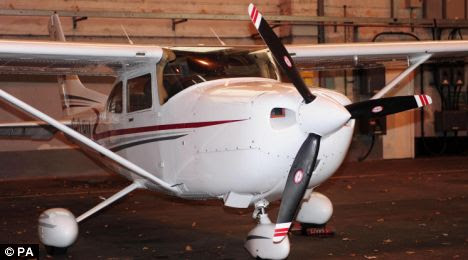 "The RAF routinely practises shepherding but we are usually shepherding lost aircraft, we are not used to shepherding blind pilots, which is what makes this amazing.

"It was a fantastic team effort from all those involved and we're proud that we could get him to the ground safely."

Mr O'Neill was checked over by RAF medics before being transferred to Queen's Hospital in Romford, Essex.

I hope Wing-Commander Gerrard and the air traffic controllers get some sort of recognition for this. That was an outstanding piece of work.