I'm cynically amused to read in the International Herald Tribune about a fifteenth-century German pirate and the myth that's grown up around him.

Filthy, bearded actors with broadswords and cellphones milled outside the 14th-century brick Gothic gabled house at dusk here last week, smoking cigarettes and sipping coffee from plastic cups to stay warm as the sun set. Inside the historic landmark, a film crew was preparing to start rolling again on "13 Paces Without a Head," the story of a peculiarly German hero, the egalitarian pirate Klaus Störtebeker.

The feature-film production is just the latest sign of a Störtebeker renaissance, coming on the heels of a documentary about the pirate that aired on German television last Christmas and a two-part television miniseries the year before. At the national celebration in honor of the German reunification holiday, which rotates between cities and took place in Hamburg this September, representatives from Wismar, Schwerin, Hamburg and elsewhere worked together to stage a theatrical production called "Störtebeker, a North German Pirate."

Pirates of the Baltic may sound like a frigid satire of their warmer Caribbean cousins (and to which some of the recent success can no doubt be attributed), but the legend has been rejuvenated in part as a response to the growing sense of economic injustice.

"I think that he has become so popular again today because of the Robin Hood urge in all of us," said Geerd Dahms, a historian and publisher of Dahms Audio Books, one of the organizers of the holiday event. "With the current economic crisis, with the widening gap between rich and poor, many find themselves wishing they had a Störtebeker on their side."

Störtebeker was legendary for prodigious drinking - the name means roughly "downing the mug" - and high crimes on the high seas, but is perhaps best known for miraculously walking past his condemned shipmates after the Hamburg authorities had beheaded him in 1401. The executioners were supposed to free his men if he could accomplish this impossible feat, but reneged. 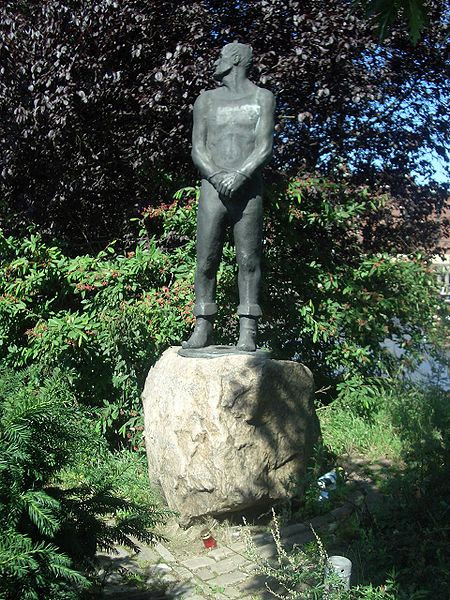 His revival marks an unusual honor for a figure who would be considered a criminal if plying his trade off the coast of Somalia today. But Störtebeker was also famous for dividing the plunder equally among his mates and, in some versions of the myth, even sharing it with the poor.

It is in large part thanks to these fair-deal impulses that Klaus Störtebeker is enjoying a revival in Germany's socially conscious culture, especially here in northern coastal towns where he is believed to have dropped anchor.

The pirate's status has waxed and waned since the Romantic period, enjoying particularly good runs during the Nazi era and in socialist East Germany. He has been the subject of rock songs, adventure novels and even a baroque opera. The slogan of Störtebeker beer, brewed in Stralsund, is "the beer of the righteous."

"This strikes a nerve of social justice at the moment," said Philip Kalisch, one of the movie pirates outside the Gothic house here, made picture-perfect medieval grimy, right down to the black cuticles, by the makeup team.

"He's like Che Guevara, a freedom fighter, but also like Robin Hood, because he fights the rich in the name of the poor," said Philipp Benz, 18, from Stralsund. "We need someone like him these days, with all the terrible things happening to workers."

Gregor Rohmann, a historian at the Johann Wolfgang Goethe University in Frankfurt, said that the story of his execution in Hamburg was most likely a myth. He cited archival evidence that Störtebeker was still alive and paying customs duties in 1413, though his first name was Johannes instead of Klaus.

More damaging to the myth might be the fact that, according to Rohmann's research, he was a businessman as well as a pirate, and given his cutthroat style, probably not a very nice one.

Of course, this isn't the first time (and certainly won't be the last) that a thoroughgoing crook and truly evil character has been turned into a figure of sympathetic legend. Hollywood's done it time and again with pirates - just witness the three 'Pirates Of The Caribbean' movies, or earlier blood-and-thunder epics like Burt Lancaster in 'The Crimson Pirate'. 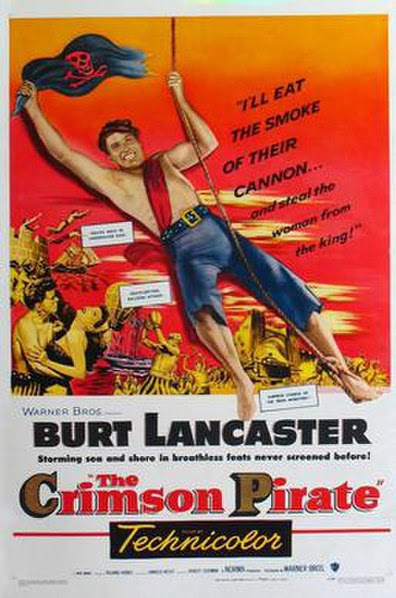 However, these flights of fictional fantasy bear no relationship whatsoever to the historical reality of pirates and piracy. Murder, rape, pillage and plunder were the order of the day for these rogues. They possessed precious little in the way of redeeming features.

It's not only pirates, of course. Criminals such as the James Gang in the US, or Ned Kelly in Australia, or Robin Hood in England, have all had romantic images projected onto their brutal reality. Today, so-called rap 'music' glorifies and romanticizes the 'gangsta' culture, singing (to describe it charitably) about drugs, violence, and other nasties. Having met all too many 'gangstas' during my work as a prison chaplain, I'm here to tell you, they're the last people in the world to hold up as role models to others! 'Nasty', 'brutal' and 'thuggish' are only a few of the milder descriptions that come to mind - which could probably be applied to most pirates, too.

One wishes that those seeking - or offering - heroes worthy of emulation would pick better exemplars!

Robin Hood, eh? Rather inconvenient for his image that most Baltic/North Sea pirates in the medieval period had rather intricate, comfortable and above all legal alliances with various Crowns, lords and sometimes city councils.... A really interesting bit of medieval piracy operated out of Aberdeen, with the conivance of the city alderman and the Earl of Mar. Piracy was a useful form of income and diplomatic weapon. It was just gray enough to be justifiable as either a private action that the Crown was very sorry about and claim that it really 'couldn't' control those pirates or as an immediate extension of Crown aggression. Sometimes an incident could be spun both ways.