The Kingdom of Bhutan has just crowned its new monarch. 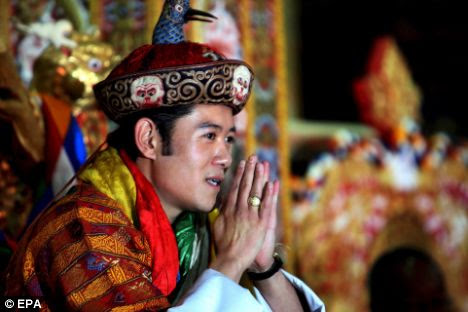 He has become head of state of the world's newest democracy after his father abdicated in 2006 as Bhutan changed to a constitutional monarchy.

Bhutan held its first democratic elections for a new parliament and prime minister in March.

The coronation of the Buddhist nation's fifth hereditary king fell in what is known in Bhutan as the month of the male earth rat. 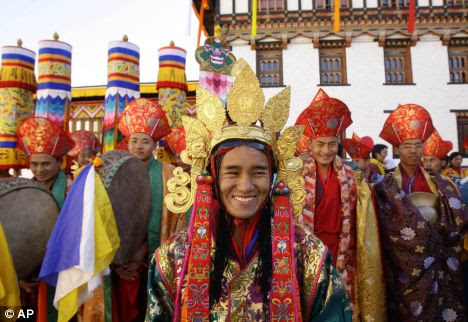 The ceremony comprised an ancient and colourful ritual in a white-walled royal palace in the capital, Thimphu.

The guests were surrounded by lines of local people dressed in their national costumes. 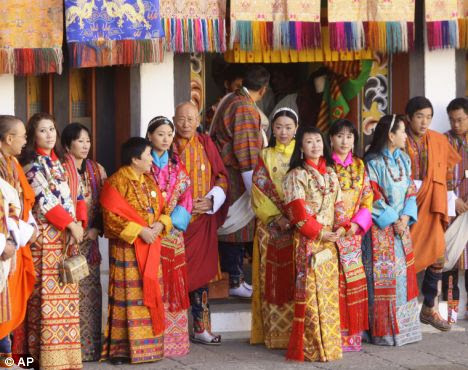 The crown was bestowed on the new king by his father, Jigme Singye Wangchuck, 52, who stepped down in 2006 as part of his five-year plan to gradually introduce democracy to Bhutan's 600,000 citizens.

"I am happy, my friends are happy and in general as a nation we are happy," Sonam Phuntsho, a civil servant, told the AFP news agency.

"He [the new king] is reaching out to the people. He is very smart and decent man," he said. 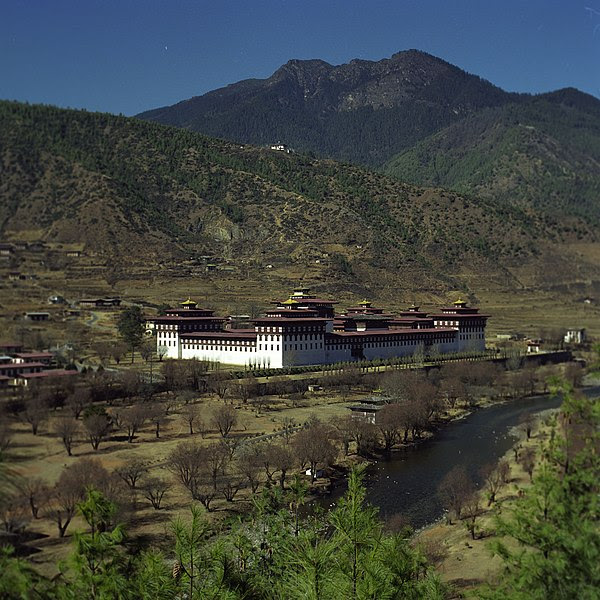 Prime Minister Lyonchhen said earlier the coronation would further consolidate the country's "sovereign independence and security and promote further unity, harmony, and peace in the kingdom".

But correspondents say that while 2008 will be remembered as the year democracy was introduced to Bhutan, revolutionary change is not on the agenda. 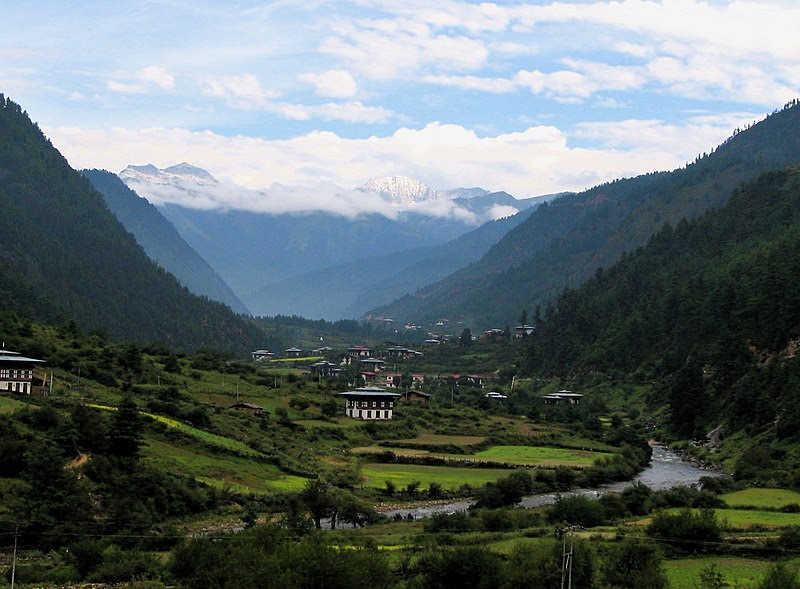 The transition to democracy has been deliberately designed to be slow and steady and the monarchy will continue to play a central role in Bhutanese life.

Both the new government and the opposition say they are committed to the royal philosophy of Gross National Happiness - or GNH - which aims to strike a better balance between the spiritual and the material.

Y'know, there's something strangely refreshing about a government pursuing 'Gross National Happiness' instead of the more mundane objectives of most countries!

May His Majesty rule his subjects in happiness and peace for years to come.