On November 18, 1978, Jim Jones, the deeply flawed but charismatic leader of a religious cult, the Peoples Temple, ordered the murder of a US congressman, Rep. Leo Ryan, and his party (including several members of the cult who were trying to escape from its headquarters at Jonestown, Guyana). They were shot down while boarding their chartered aircraft. 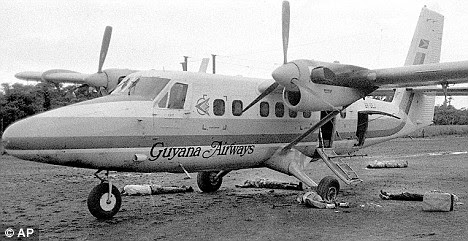 Jones then ordered his followers to drink cyanide-laced fruit juice. Those who refused or resisted were forced to drink it, or shot. 914 men, women and children died that day. 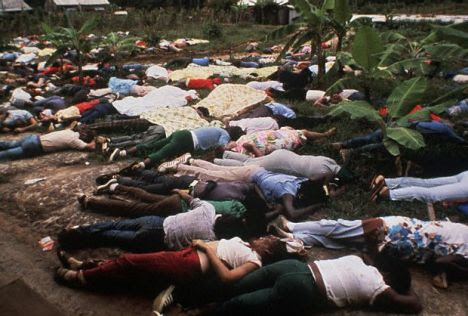 Some of the victims were buried locally; others were claimed by their families. Hundreds were never claimed. Most (different sources number them between 406 and 546) are buried in a mass grave in Oakland, California. 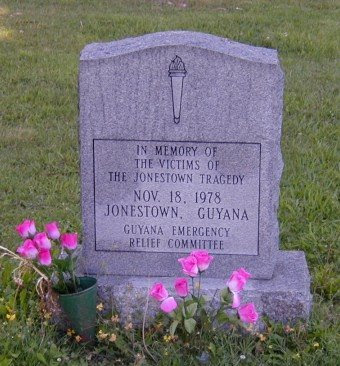 It's important to remember this tragedy. Cults and sects abound in our world. In many cases they gain adherents because most of the mainstream religions have failed to convince modern post-religious society that their systems of belief have any real meaning or applicability.

I've said many times that faith isn't something one believes or speaks, it's something one lives. If one's life shows evidence of the impact and reality of faith, one's message is a whole lot more convincing than merely preaching pious platitudes from the pulpit. As St. Francis of Assissi said: "Preach the Gospel at all times. If necessary, use words."

When we see cults at work, let's remember that . . . and instead of condemning those who fall under their sway, let's ask ourselves why those around them (all too often including ourselves) didn't show them a way of life that would have given them a better example to follow.