The Vendée Globe race is under way


Today, 30 of the world's finest, most lavishly equipped and most expensive sailing yachts set off from France on the Vendée Globe single-handed non-stop around-the-world race. 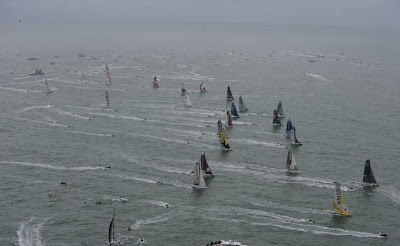 The yachts will sail South down the Atlantic, then turn left - sorry, I mean 'to port' - to catch the Roaring Forties, heading East above Antarctica and South of Australia to South America. Once round Cape Horn, they turn to port again, and head North, back up the Atlantic to return to France. 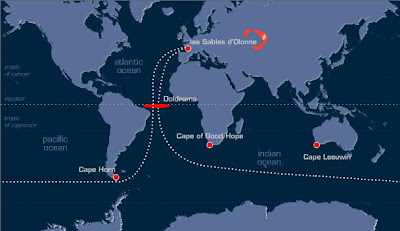 The yachts are equipped with very sophisticated technology, to allow their solo skippers to make the passage as safely as possible. The BBC has a good graphic of what's involved, with details of a number of the boats' features. However, all the technology in the world can't make this anything other than a very dangerous race, stretching the skippers' skills and dedication to the utmost. The last time it was held, in 2004/5, more than a third of the entrants were forced to retire. In two previous races, in 1992/3 and 1996/7, there were fatalities.

The Vendée Globe race is one of the last great adventures. Good luck to all the sailors! Those interested can follow the race on its Web site.