Last year the Silicon Graybeard reprised a series of posts in a 'blast from the past', asking whether we're paranoid enough about our communications security, and offering a number of suggestions.  See Part 1, Part 2 and Part 3 - interesting reading for the technically minded.

Alan at Snarkybytes also addresses the issue of internet self-defense.  His article should be read in conjunction with those linked above.  All four are useful reading.


The Peripatetic Engineer tells us how various professions hunt elephants.  For example:

COMPUTER SCIENTISTS hunt elephants by exercising Algorithm A:
During each traverse pass:
Experienced COMPUTER PROGRAMMERS modify Algorithm A by placing a known elephant in Cairo to ensure that the algorithm will terminate.


Borepatch links to a series of advertisements and covers from the worst years of the Cold War, hosted on a blog I hadn't encountered before called Flares Into Darkness.  Here's one example. 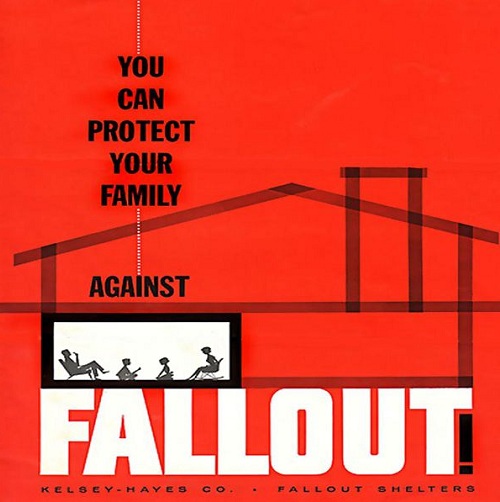 They seem unbelievably jingoistic and paranoid today, but our parents and grandparents actually lived through this stuff.


CDR Salamander links to a 1973 article in US News and World Report, published online in 2008.  It reminds me that although I frequently find Senator John McCain irritating and ineffectual, and I'm certainly not numbered among his political supporters, he paid his dues in the toughest, harshest school of them all.  He's entitled to our respect, whether or not we like his politics.


Our health care system comes in for some in-depth scrutiny from two well-known finance bloggers.  Charles Hugh Smith shows how to cut America's health care spending by half, while Karl Denninger says he's tired of the lies surrounding the subject, and lists many of them.  In this election year, both articles are worthwhile reading.


Mark, writing at A Day In The Life Of A Talk Radio Blogger, links to a 1959 no-holds-barred message to teens, recently republished online.  Funny, it sounds a lot like the way my parents raised me . . .


The Silicon Graybeard looks at the growing 'security state' and how it's trying to condition us to accept all sorts of restrictions on our liberty.  He links to the fable of 'The Wild and Free Pigs of the Okefenokee Swamp' - a worthwhile lesson for all of us, IMHO.

In similar vein, Markofafreeman points out that we need to stop apologizing for owning and carrying firearms, because they're an essential component of liberty.  A brief excerpt:

Why do we wimp out so? Face it: what the invention of firearms did was forceably remove the monopoly of violence from the state. It didn't not ask the state's consent. It did not assuage the state official or the thug trained in a lifetime of violence (but I repeat myself) by saying, "oh, don't worry, we won't use our guns to kill you, even if you decide our proper fate is to be inserted into gas chambers or brick ovens." It WRENCHED control of armed combat from a select few and placed into the hands of every individual with only a small amount of training. In relative terms, the firearm is easy to make, easy to learn to shoot accurately, and easy to deploy. There was no putting that genie back in the bottle. No matter what legislation was passed nor decrees issued. And before the firearm's appearance, life was Hell on earth for anyone who did not train constantly for combat. The gun forced anyone who wanted someone else to do his bidding to reason with him.


That last link is to my friend and fellow blogger Marko's superb essay on 'Why The Gun Is Civilization'.  Highly recommended.


Finally, Michael over at Evyl Robot Soapbox reminds those who won't make preparations for difficult times themselves, but expect to leech off those who have when things get tough, that they're in for a shock.

To some, it may just seem mean-spirited, but if everything went upside down, it would not be about being ‘nice’ so much as surviving. Consideration for those totally unprepared would be a luxury we could, in large part, simply not afford. This would, of course, have to be delicately balanced with reasonable compassion. So, what to take away from today’s rant? I’m really preaching to the choir on this one. Perhaps it’s this: If it’s the end of the world, and you show up at your Prepared Buddy’s hole-up, you had better ask yourself why he should let you in beyond simply being buddies. Because if things have gotten as bad as they ever could, he can’t provide for all of his friends. You should have thought more about that before it came to this. Best of luck to you.


Word.  Go read it all.  It's food for thought.  I long ago made the decision that my emergency preparations are for me and mine, and a very small circle of friends who will share duties and responsibilities to keep us all alive.  Anyone else is fresh out of luck at that point - and if I have to shoot some of them to make that point, so be it.  Africa taught me some very hard and politically incorrect lessons in that regard.


That's it for this week.  More from the rest of the blogosphere soon!