Swimming at the beach, in a more modest age


I was intrigued to come across a French Web site, 'The Green Box', which had a post filled with pictures of old-fashioned bathing machines or booths from the late 19th and early 20th centuries. The photograph below shows the beach at Ostende, Belgium, crowded with the things. 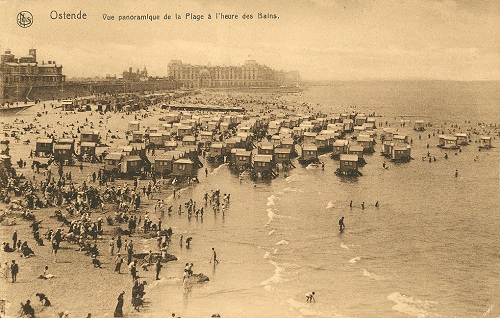 These contraptions were literally huts on wheels.  Ladies would enter them above the high-water mark, and change into their bathing costumes inside, safe from the lascivious gazes of any males in the vicinity.  While they did that, a horse or ox would draw the hut into the water, so that they could climb down steps straight into the sea. 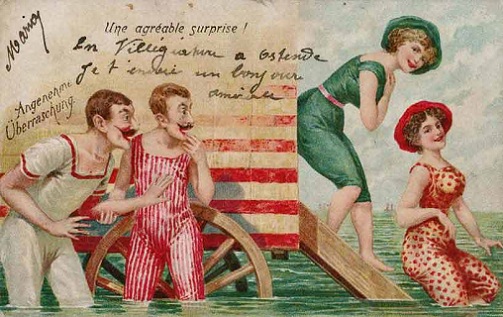 When they were finished, the process. was reversed.  They would climb the steps and close the door behind them.  While they were changing back into their street clothes, a horse or ox would draw the hut out of the water and back to dry land. 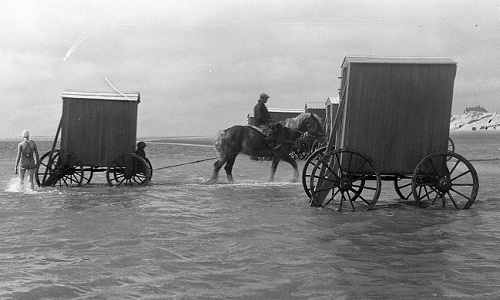 King Alfonso XIII of Spain had a particularly elaborate bathing 'hut'.  It was more like a 'bathing palace', with multiple rooms (including a bar), and was mounted on two sets of rails, to be slid smoothly into and out of the water by a winch (seen in the foreground, below). 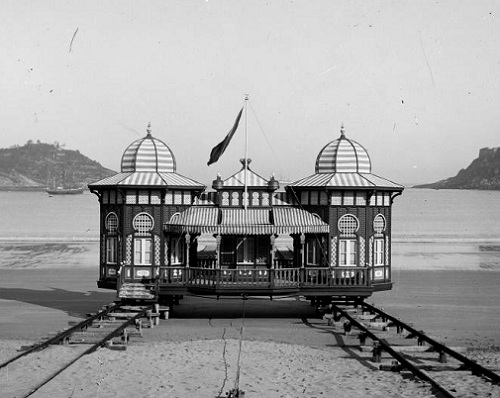 There are many more photographs at the link.  To see many of them in much larger sizes, left-click on each image and open it in a new tab or window.  They're great fun!

Interesting collection, and the men's 'dress' for bathing are as bad as the womens...

How weird does that look now!

Sorting candid shots taken in New England c1900-1925, I have found that swimming was done either in that full body style suit (plus cap) or, especially children/teens, completely nude. What is conspiciously absent are swim suits designed to be provocative.