Ever heard of the 'Mongol Rally'?


I hadn't, until I came across two photo essays about it in the Telegraph (from which the pictures below have been drawn).  Wikipedia describes the Mongol Rally as follows:

The Mongol Rally is a car rally that begins in Europe and ends in Ulan Bator, Mongolia. The principal launch is from Goodwood Circuit, United Kingdom, with subsidiary starting points in other European countries. 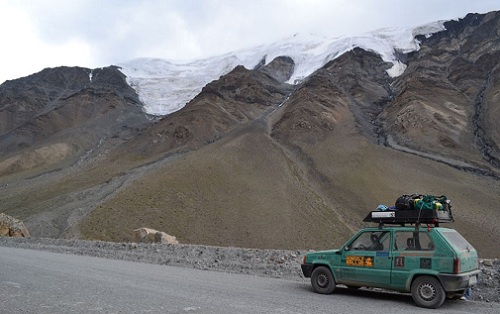 It is described as the "greatest adventure in the world". Whilst originally the rally required competing vehicles to have an engine displacement of less than 1,000cc, this has been increased to 1,200 cc to reflect the increasing difficulty of obtaining a car since the Mongolian government stipulated that all competing vehicles must be less than 10 years old. 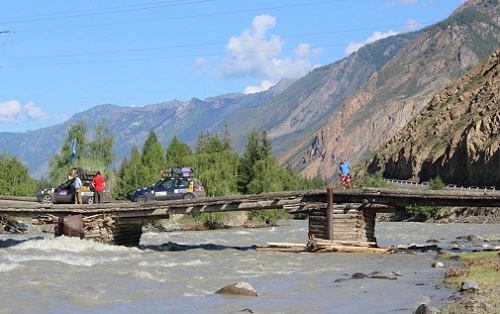 The rally is designed to be an adventure for the participants, and not a traditional rally/race. The organisers ("The Adventurists") are careful to point out that racing on highways is illegal, and that no recognition is given to the first finisher. 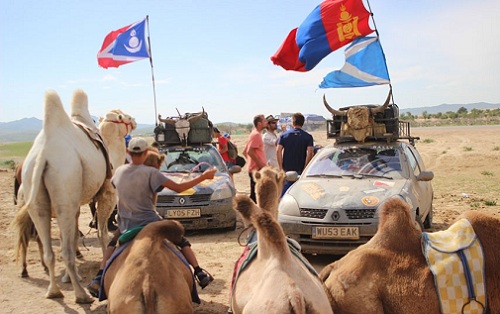 There are other differences from mainstream rallies, particularly the fact that no support team is provided and no other arrangements are made such as for accommodation. Indeed, the diminutive vehicles are deliberately inappropriate for the task, in the adventurous spirit of the rally.


There's more at the link, and a lot more information at the Mongol Rally Web site.  Here's the official promotional video for the 2012 event.

The rally is all about raising money for charity, with over £2 million [more than US $3.163 million] raised by the annual events since the competition's inception.  Each team is expected to raise a minimum of £1,000 [almost US $1,600] for charity, and many substantially exceed this - one competitor who wrote (very amusingly) about his experiences during the 2008 event raised £12,000 [about US $19,000] during his journey.  In addition, the vehicles that make it to Mongolia are sold there to benefit charities selected by their teams.  Some teams have even driven ambulances and fire engines to Mongolia, to donate them to needy communities there.

Here's this year's start at the Goodwood Circuit in England.

The organizers are very blunt in their warning to participants:

"Your chances of being seriously injured or dying as a result of taking part are high. Individuals who have taken part in previous Adventurists' adventures have been permanently disfigured, seriously disabled or lost their life."


They don't exactly mince their words, do they?  Here's one team's video reminiscences of the 2009 rally.  Looks like the night life may be as much of a danger as the roads!

After all that, if you're interested, registration for the 2013 Mongol Rally is now open.

A former coworker did this. Luckily they had the accident before they hit the *stans. She was only in the hospital for a couple months.