Another of the world's worst jobs?


Within days of beginning this blog, I wrote about what must be one of the worst jobs in the world - the sewage diver. 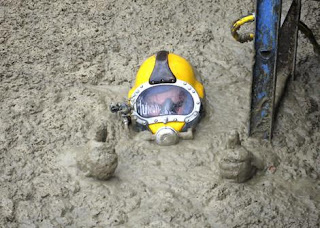 Now, from Norway, comes a job that may rival it.

Researchers in Oslo and Tromsø plan to analyze sewage this autumn, in an effort to determine alcohol consumption among residents. They don't seem to trust Norwegians' own admissions of how much they drink.

Newspaper VG reported Thursday that state agencies are prepared to pay NOK 4 million on the unusual research project, which will eventually extend to the mountain holiday spot of Hemsedal and all large Norwegian cities.

"We've never tested for alcohol this way, but we know that it can be measured by checking urine," said project leader Kevin Thomas, of the water research institute NIVA.

Thomas was part of a team that earlier analyzed Oslo sewage and found cocaine. The findings indicated annual cocaine consumption in Oslo of 35 kilos (77 pounds).

No word on precisely how they go about such measurements. One presumes they don't involve taste tests!

That's a piss-poor excuse for a job.