Readers may remember Doofus Of The Day #31 - the man bitten by a snake on his penis.

More information has emerged. An article in the Daily Mail reveals:

Australians have been howling with laughter over the bizarre case of a carpenter who survived being bitten on the genitals by a deadly snake.

Mr Daryl Zutt, 38, had gone into the bushes to relieve himself when the eastern brown snake, one of the most dangerous on the planet, managed to sink its fangs into a very delicate part of his anatomy. 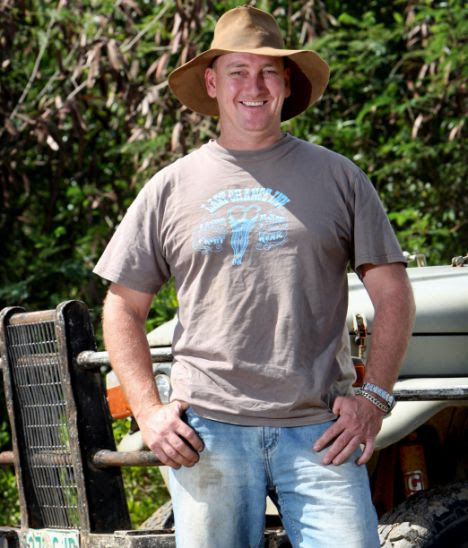 'I squatted down and I reckon I must've nearly sat on his head,' Mr Zutt recalled. 'He sank his teeth into my penis and as soon as I felt it I yelled. It really hurt.

'I saw the snake slither out from between my legs and I thought "This is it. I'm gonna snuff it."'

Mr Zutt said he tried to remain calm as he inspected the damage. How on earth, he wondered, was he going to tie a tourniquet to stop the poison spreading?

'He got me about half way along,' he said as he tried to describe in the most delicate
way his embarrassing encounter.

'I saw fang marks and a bit of blood come out.'

As the snake slithered away, Mr Zutt hurried back to his van and his friend advised him to use a cold rum can from their portable fridge and place it against the delicate area to deaden the pain.

Then Mr Zutt managed to get a call through to his mother to bid her a final goodbye.

He told the Cairns Post newspaper that by the time he arrived at the small town of Lakeland medical services were waiting for him.

'I was nauseous and had pains in the stomach. I couldn't talk properly - I was tongue-tied.'

After a series of blood tests, a relieved Mr Zutt was told that although the snake had bitten him, no poison had sunk in. He was free to go home and to stand by for the jokes that were certain to follow.

And sure enough, along they came.

'My mates have been saying things like "it was a trouser snake fight" and "when the snake saw the competition he got scared off".'

Uh-huh. I daresay his reputation - and a few nicknames! - are set for the rest of his life!