What's it like to live under a police state?


I've been asked that question by a couple of correspondents after posting yesterday about China's all-seeing eye, and the danger that something similar will come to our shores as well.

I have some personal experience of what untrammeled police power can mean. I lived in South Africa right through the social unrest (in reality a sporadic and unquenchable civil war) that dominated the country from 1976 through 1994, when democracy finally came to that country. I was regarded with suspicion by the security forces, because I condemned apartheid and tried to help the victims of violence. This suspicion could be rather more physically expressed than verbally.

I can still recall crossing the border between Lesotho and South Africa on one occasion. I was strip-searched, my belongings thrown from my suitcases and strewn all over the room, and all cassette tapes in my luggage confiscated. They were music tapes, but as the grinning Sergeant suggested, they 'might contain revolutionary propaganda', and would have to be listened to by the police before they could be cleared. He gave me an address to write to in order to reclaim them, but I never got them back. Frustrated, I protested that he couldn't do that. In reply, he punched me in the face, almost casually, and called me a 'f---ing Englishman', then informed me that he could do what the hell he liked, and there was nothing I could do about it. If I made any more fuss, he'd lock me up for a week or two to see how I liked it.

That wasn't my only encounter with the 'police state' that was South Africa in those years. My experiences, of course, pale into insignificance besides those endured by people of color in South Africa. They were regarded as less than human, insignificant, of no value or consequence. Many were killed by the security forces.

Perhaps the most completely documented example of a police state in modern times is the former East Germany. There's a complete Government department devoted to maintaining their records, and any German citizen or other interested person has the right to see his or her file from their archives. They're also restoring the most secret records, which the Stasi, the East German secret police, tried to destroy. They filled 16,000 sacks with 600 million fragments, which are now being painstakingly reassembled (with the help of a newly-developed computer imaging and matching program). 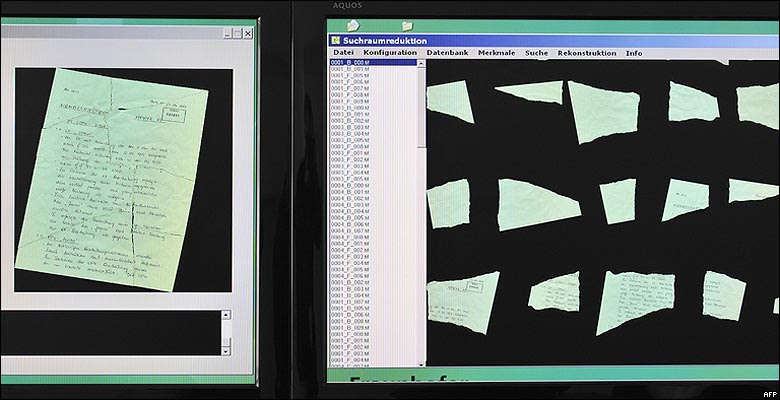 Perhaps the easiest way to get some idea of the all-pervasive nature of the Stasi's surveillance of everyone in East Germany is to watch the film, The Lives Of Others. It's a superb work, and has won many prizes (including the Academy Award for Best Foreign Language Film in 2007). Reviews of the film may be found here and here, and its Web site from Sony Pictures is here. The DVD is available from most online retailers.

If you want to know what it's like to live in a police state, that film is about the quickest and best introduction to the subject that I know. I recommend it very highly.

(Of course, if the 'surveillance society' we spoke of yesterday comes to America, you'll soon find out in person . . . and that's a ghastly thought.)

Concerning your comments about the SA Police Sgt. I remember my father talking about a similar small-town police officer in Southern Illinois who had a similar attitude.

He liked to stop coal miners on the way home from work and harass them about various minor infractions such as broken tail lights.

Late one evening, he received a call of a disturbance and on arrival was greeted by 10 masked people who proceeded to beat him to a pulp. He left the county not long after that.

The lesson was:
1. Don't piss off the UMWA,
2. what goes around, comes around.