They made things to last in those days


I got a nice warm fuzzy from a story in the Daily Mail yesterday.

The last time Teddy Bacon saw his expensive gold watch it was sinking down into the harbour in Gibraltar. 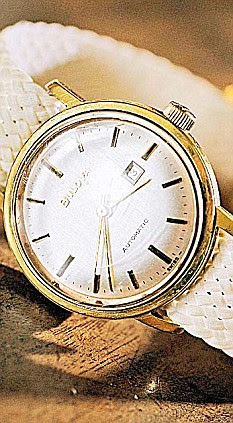 That was in 1941, and the watch had slipped off his wrist when Lieutenant Bacon threw a line to shore from his ship, HMS Repulse. 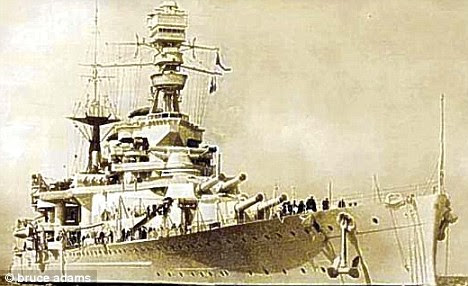 After two divers failed to find his lost treasure, the young officer gave up on ever seeing it again.

But 67 years later, it turned up on his doormat - still ticking.

The Bulova Automatic, wrapped in a brown paper bag, did not seem at all the worse for wear after decades on the ocean floor.

The timepiece had been discovered by workers dredging the harbour in 2007, who scooped it up with other debris in their machine.

Because the deputy harbourmaster in 1941 had made a log with a description of the watch and its approximate location, staff knew who it belonged to.

'To say I was stunned could be considered a major understatement,' said Mr Bacon, a widower and father of four who is almost 90.

'It truly was a miracle that I had been reunited with that watch after a lifetime.

'Now I wear it every day and it keeps perfect time, even after all those years in the water. It is absolutely excellent and I consider it a long-lost friend.' 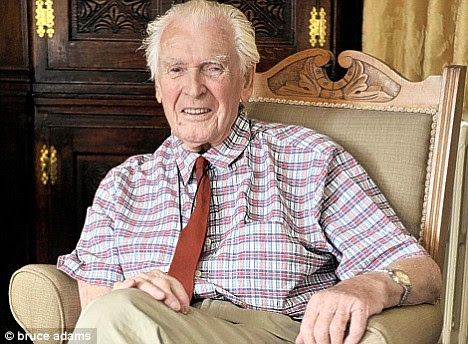 So Lt. Bacon survived the sinking of the Repulse, and all those years in a Japanese prisoner-of-war camp, and his watch survived 67 years underwater! That's pretty amazing.

I'm near certain that watch isn't from the 40's--I believe Bulova's first automatic was in the 50's, and the style looks more 60's.