I grew up using the old-fashioned Bakelite rotary-dial telephones - in fact, they were in use in my home well into the 1970's. 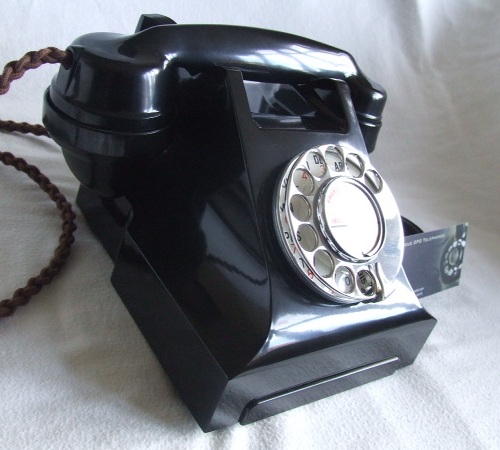 They were heavy and clunky (if you dropped the handset on your bare foot, the odds of breaking a metatarsal bone were fairly good!), and if moisture got anywhere near them, they tended to snap, crackle and pop like an electronic imitation of breakfast cereal. (Drinking anything while using them was contra-indicated, for fear of spills.) Adventurous children soon learned that the membrane over the speaker inside the earpiece could be removed, rendering the caller inaudible - to the baffled fury of adults answering the phone, until they learned what we'd done!

Now SagemCom has introduced a 'retro'-design modern digital phone that vaguely resembles the old clunkers, but incorporates the latest technology. They call it the 'Sixty'. 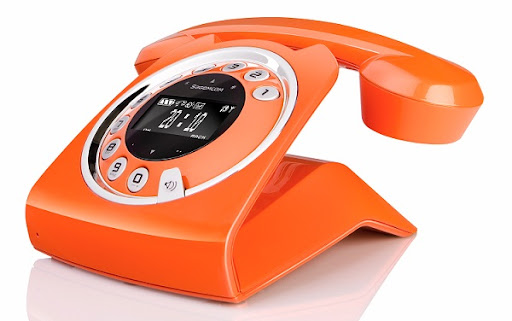 According to the manufacturer's press release, it has all the modern features we expect in a telephone, including a wireless handset, answering machine, and so on. However, its operation doesn't follow the classic lines, as this video clip illustrates.

I don't have a landline any more: but if I ever get one, I'll be sorely tempted to install one of these, just for the memories it'll bring back! Looking at that modern lightweight handset, it's also probably a lot less likely to break my foot if I drop it . . .

I still have a landline and run it with things like a WE 502 and WE candlestick phones.

WIll the Euro-Spec phone work on USA POTS lines?

Seems like a bad market to get into. The wife and I haven't had landlines since 2004 and 2002, respectively. And I know lots of people who don't bother with one anymore.

When I was a kid, we had to call for our folks to pick us up after Boy Scouts. We met in an old railroad depot. The phone was older than dirt, and the plug wires were shorted. Found that if you counted the clicks the short made, it would dial out just like using the dial.
That's when I remember my interest in electronics really starting to dig in.