One hundred and fifty years ago today . . .


. . . the Federal troops garrisoning Fort Sumter, near Charleston, South Carolina, surrendered their position after a day and night of bombardment by the forces of that State. (South Carolina had voted to secede from the Union the previous December.) This marked the beginning of the American Civil War. 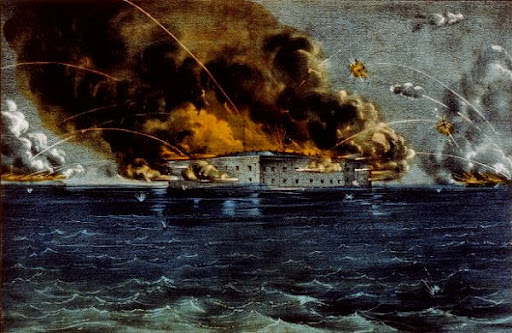 Bombardment of Fort Sumter, 1861, by Currier & Ives
(This and all other images courtesy of Wikipedia)

Named after General Thomas Sumter, Revolutionary War hero, Fort Sumter was built following the War of 1812, as one of a series of fortifications on the southern U.S. coast. Construction began in 1827, and the structure was still unfinished in 1861, when the Civil War began. Seventy thousand tons of granite were imported from New England to build up a sand bar in the entrance to Charleston Harbor, which the site dominates. The fort was a five-sided brick structure, 170 to 190 feet (58 m) long, with walls five feet thick, standing 50 feet (15 m) over the low tide mark. 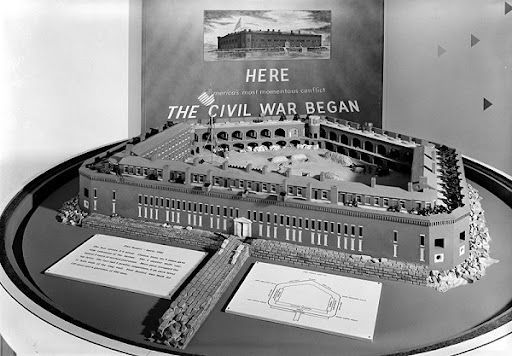 Model of Fort Sumter as it stood before the Civil War

It was designed to house 650 men and 135 guns in three tiers of gun emplacements, although it was never filled near its full capacity. The Confederacy attacked Fort Sumter on Friday, April 12th, 1861 at 4:30am. The battle continued overnight until Saturday.

There's more at the link. A survivor's account of the events leading up to the Battle of Fort Sumter, and the bombardment itself, may be found here.

The battle of 1861, plus a further bombardment by Union forces trying to recapture it in 1863, left the fort in ruins. 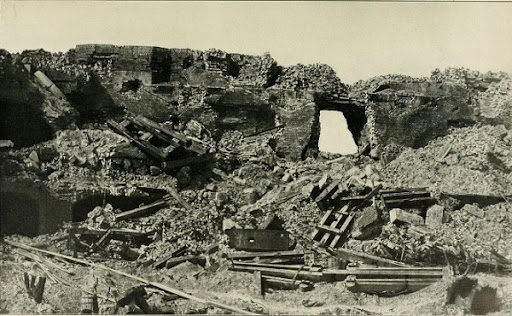 It was finally recaptured by the Union in February 1865, by which time it looked like this:

Today, the restored Fort is part of the Fort Sumter National Monument.

According to Wikipedia, "The [Civil] war produced about 1,030,000 casualties (3% of the population), including about 620,000 soldier deaths - two-thirds by disease. The war accounted for roughly as many American deaths as all American deaths in other U.S. wars combined ... Based on 1860 census figures, 8% of all white males aged 13 to 43 died in the war, including 6% in the North and 18% in the South."

That heartbreaking bloodshed began at Fort Sumter on April 13th, 1861, one hundred and fifty years ago today, with the death of Private Daniel Hough. His mortally wounded comrade, Private Edward Gallway, would die some days later. Both were members of the Union garrison. Tragically, their injuries were inflicted after the Fort's surrender, when a cannon's powder cartridge was accidentally ignited during the firing of a salute to the Union flag as it was hauled down.