Having grown up on a steady diet of the books of Theodore Geisel (aka Dr. Seuss), I was delighted to learn that several previously unpublished works are to be made available. Fox 5 San Diego reports: 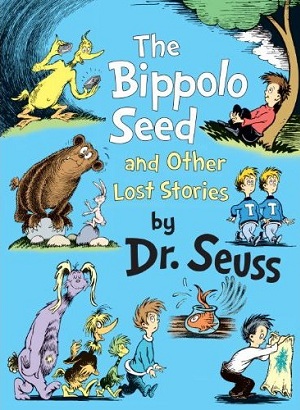 "In these stories, we'll meet new characters. So you're going to meet the twins Todd and Tadd, you'll meet Gustav the Goldfish and a small boy name Henry McBride, as well as the other characters Dr. Seuss is known for," said Susan Brandt, president of Dr. Seuss Enterprises in La Jolla.

While he was alive, Geisel published 44 books, including Green Eggs and Ham" and the "Cat in the Hat." The new book is due out Sept. 27, nearly 20 years after the author died.

"The stories will resonate with Seuss Fans because the personalities of these characters are very similar and recognizable," said Brandt. "In one of the stories we see a precursor to the 'Cat in the Hat Comes Back,' where that ring is in the bathtub."

Brandt said the author's widow, San Diego philanthropist Audrey Geisel, is excited about the new book and the renewed attention it is bringing to Dr. Seuss.

That gives me a warm fuzzy feeling! I must keep an eye open for it. I may be well into middle age, but that doesn't mean I can't be a child at heart, now and then!

Well, now I know what BooBoo is getting for Christmas!

Geisel actually wrote a book intended for more mature audiences called "The Seven Lady Godivas". I have it around the house somewhere. Here it is at Amazon:
http://www.amazon.com/Seven-Lady-Godivas-Concerning-Historys/dp/039456779X/ref=sr_1_1?s=books&ie=UTF8&qid=1302899853&sr=1-1