The sea gives up her riches (hic!)


I was amused to read that bottles of whisky are still being discovered after being 'rescued' from a sailing ship that went down off the Welsh coast more than a century ago.

The vessel came to grief near Porth Colmon on the north coast near Tudweiliog on a foggy and drizzly Easter Sunday morning. But Capt Robert Hichinson and his crew of 18 got ashore without injury or loss of life. 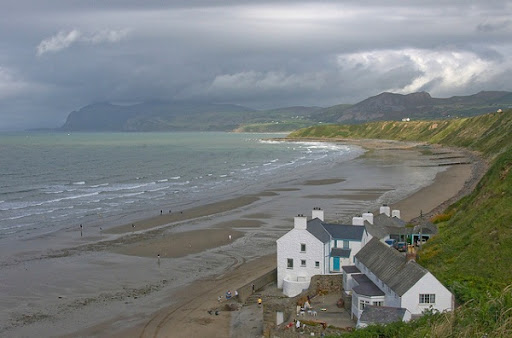 Locals made the most of the wreck taking away everything of value - especially the whisky - before Customs and Excise men arrived from Caernarfon. And by all accounts there was a huge party.

Historian Tony Jones, who has researched the shipwreck, said: "The incident mirrors the wreck of the SS Politician off Eriksay in the Hebrides. This was later made into the comedy film Whisky Galore. But this happened some 40 years beforehand. S4C should turn this story into a film."

Mr Jones said the crew managed to re-board their ship only to discover it was hopelessly lodged. He added that, over the years, fact and fiction have become mixed up.

"The two became increasingly difficult to disentangle, but one thing is certain, when word got around about the wreck and especially her cargo it changed this part of Lln for a long time.

"To wake up and find an Aladdin’s cave full of goodies on your doorstep, especially with the poverty people endured back then, it would have taken a lot of willpower and faith to stay on the right side of the law.

"So hordes of people descended on the Stuart like a swarm of locusts, and within no time they were helping themselves to her cargo.

"This was before the 1904 Religious Revival that swept through Wales and alcohol was frowned upon for many years after that. The Customs & Excise arrived en masse from Caernarfon with Mason Cumberland in charge.

"But the locals were already away with a lot of the goodies. They even buried barrels, and shoved bottles down rabbit holes. Some are still being found because at the time they were so much under the influence they couldn’t remember where they’d hidden them, and the party went on for months."

As the wreck disintegrated bales of cotton were carried away by the tide. A story from the time describes how a bale was washed ashore on Bardsey with a rat clinging to it. But an islanders spotted him and he was shot.

"Many poems and ballads were written about the occasion, along with scathing sermons from chapel pulpits, condemning the behaviour of the masses for taking advantage of their free gifts that arrived by boat that Easter. The congregation weren’t listening because they were still drinking the whisky and were under its influence," said Mr Jones.

Many local households still have dressers adorned with the porcelain, and the odd bottle of whisky unopened, while the keel of the Stuart is visible on a very low spring tide.

I wonder what that whisky tastes like? After all, it was a few years old when it was bottled, and it's had a further 110 years to age! That should make it delectably drinkable . . .

As for the wreck of the SS Politician, that's given me a great deal of amusement and interest over the years. There's a lot of information about it that's not generally known. I think I'll blog about it tomorrow. Watch this space!