Warnings from the past


I was intrigued to read an article in the Sydney Morning Herald about Japanese "tsunami stones".

The stone tablet has stood on the forested hillside since before they were born, but the villagers have faithfully obeyed the stark warning carved on its weathered face: ''Do not build your homes below this point!''

Residents say this injunction from their ancestors kept their tiny village of 11 households safely out of reach of the deadly tsunami last month that wiped out hundreds of kilometres of Japanese coast and rose to record heights nearby. The waves stopped just 100 metres below the stone, and the village beyond it.

''They knew the horrors of tsunamis, so they erected that stone to warn us,'' the village leader of Aneyoshi, Tamishige Kimura, said. 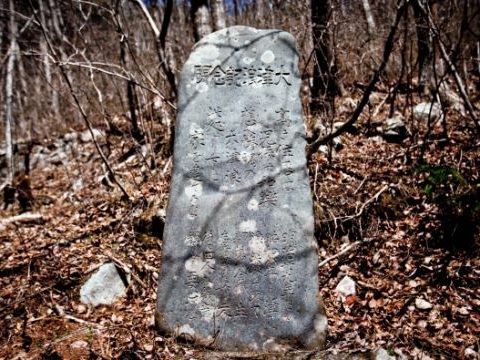 Hundreds of these tsunami stones, some more than six centuries old, dot the coast of Japan, standing in silent testimony to the past destruction the lethal waves have visited upon the earthquake-prone nation. But modern Japan, confident that advanced technology and higher seawalls would protect vulnerable areas, came to forget or ignore the ancient warnings, dooming it to repeat bitter experiences when the recent tsunami struck.

''The tsunami stones are warnings across generations, telling descendants to avoid the same suffering as their ancestors,'' Itoko Kitahara, a specialist in the history of natural disasters at Ritsumeikan University in Kyoto, said. ''Some places heeded these lessons of the past, but many didn't.''

The flat stones, some more than three metres tall, are a common sight along Japan's rugged north-eastern shore, which bore the brunt of the quake and tsunami on March 11 that left 29,000 people dead or missing.

While some of the stones are so old the characters have worn away, most were erected about a century ago after two deadly tsunamis, including one in 1896 that killed 22,000 people. Many of the stones carry simple warnings to drop everything and seek higher ground. Others provide reminders of the waves' destructive force by listing past death tolls or mass graves.

Some of the stones were swept away by the tsunami last month, which scientists say was the largest to strike Japan since the massive Jogan earthquake in 869, whose waves left sand deposits kilometres inland.

Local scholars said only a handful of villages like Aneyoshi heeded these old warnings by keeping their houses safely on high ground. More commonly, the stones and other warnings were disregarded as coastal towns grew in the boom years after World War II. Even communities that had moved to high ground eventually relocated back to the seaside to be nearer their boats and nets.

''As time passes, people inevitably forget, until another tsunami comes that kills 10,000 more people,'' said Fumio Yamashita, an amateur historian in Iwate prefecture, which includes Aneyoshi. He has written 10 books about tsunamis.

Mr Yamashita, 87, who survived the recent tsunami by clinging to a curtain after waters flooded the hospital where he was bedridden, said Japan had neglected to teach its old tsunami lore in schools. He said the nation had put too much store in newly built tsunami walls, which the waves easily overwhelmed last month.

It's both comforting and chilling to think of some long-dead ancestor carving characters into a stele and setting it up as a warning to descendants he'd never see . . . comforting that he thought to warn them, and chilling that so many disregarded the warning! The person who carved the stone was doubtless mourning his dead and missing relatives and friends as he did so. Now, those who survived this latest tsunami are doing likewise, even as they rue not heeding the warnings of their ancestors. Will they, in turn, leave warnings for their posterity?

The Japanese that listened, lived... Darwin at work... sadly...