The great Dayton flood of 1913 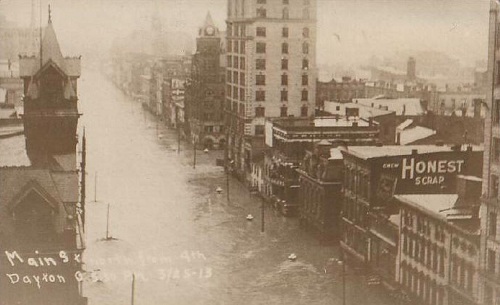 The flood led to the creation of the Miami Conservancy District, one of the USA's first river management and flood control agencies. 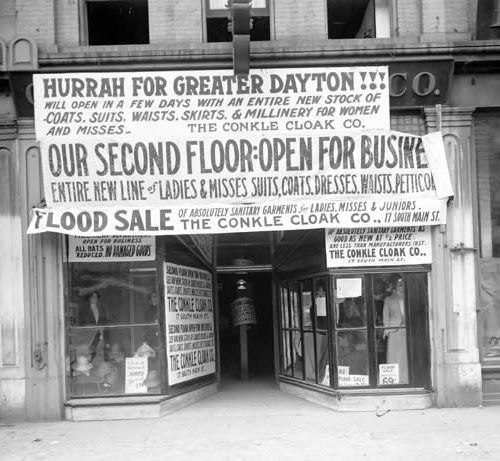 Here's a report from the Weather Channel remembering the disaster.

A special Web site has been set up to commemorate the centenary of the flood.  It makes interesting reading, particularly for Miss D. and myself, since we've visited Dayton several times and she has family there.

I couldn't load the site so I don't know if it was mentioned, but the flood (as experienced in Thurber's hometown of Columbus which I think is upstream of Dayton) was the subject of a humorous(!) work: The Day the Dam Broke in James Thurber's My Life and Hard Times.

His The Thirteen Clocks is a truly strange fantasy and well worth reading as well. So is Men, Women and Dogs; his drawings are very good. And Is Sex Necessary is pretty dated but has a great title.