A list of companies and politicians that had loans written off by banks at the heart of Cyprus' bailout crisis has been published in Greece.

There is already anger on the island that loans with the Bank of Cyprus, Laiki Bank and Hellenic Bank often running into the hundreds of thousands – and, in one case, millions of euros – have allegedly been wiped out.

The list, reported in Friday's Ethnos newspaper and which has been handed to the Cypriot parliament's ethics committee, includes the names of politicians from Cyprus' biggest parties (excluding the socialist EDEK and the Greens).

Questions are being asked as to why banks at which – in the case of Bank of Cyprus and Laiki – deposits of above €100,000 face a levy of an estimated 40% apparently forgave the loans of politicians and other senior figures in the country's public adminstration.

Collusion and corruption between politicians and banksters?  Say it ain't so!

As FedUpUSA put it last year: 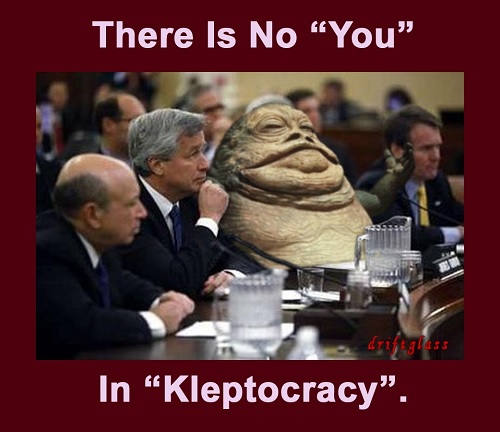