They'll probably blame this on climate change, too . . .


Courtesy of an e-mail from Australian reader Snoggeramus, we learn of a different sort of shortage.

Large kangaroo scrotums are in short supply for a souvenir-making taxidermist after the continuing rain drove kangaroos beyond the range of shooters.

Taxidermist John Kreuger said he sold 1000 tanned kangaroo scrotums per week in a range of forms, from bottle openers to key rings.

Strife has hit that arm of his Townsville-based business with a shortage of kangaroos and therefore, their scrotums, from his main Brisbane supplier.

"We're having some trouble, especially getting the big ones, because of all the floods you guys have had down there I've been told by the professionals that a lot of the kangaroos have moved further into the desert," he said.

"Therefore the traditional shooting areas are bare of kangaroos, no doubt they'll come back but in the meantime, especially for the red kangaroo, it's hard to get hold of the scrotums." 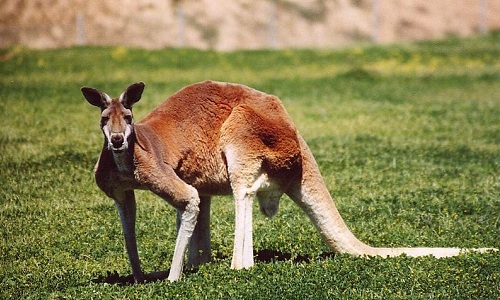 Mr Kreuger describes himself as a conservationist and does not kill kangaroos for the "bits and pieces that hang off them" but sources the scrotums from kangaroo meat factories.

At his Brisbane's supplier's peak, they process 22,000 kangaroos a week but Mr Kreuger said they were down to about a quarter of the number.

"Of course a big percentage of that are probably younger male kangaroos and they don't have the right-sized testicles," he said.

"We want the big ones.

"The more experienced kangaroos seem to know when the weather is not in favour and they take off."

When kangaroo scrotums were in abundance, Mr Kreuger stocked up.

He said he had about 50,000 frozen in storage though demand is continuing to grow for his products.

I was surprised to see how many tourist-type souvenirs are made from kangaroo scrotums. 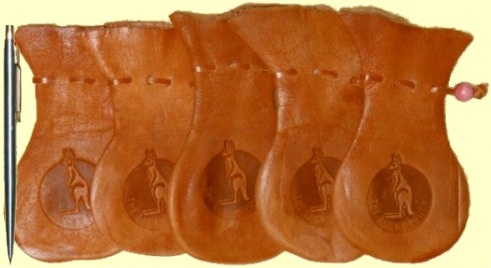 Still, even though I'm a great believer in stocking up during good times, so that you have reserves in bad times, stocking up on 50,000 kangaroo scrotums is a bit much!  Talk about balled-faced effrontery . . .

When kangaroo scrotums are outlawed,
only outlaws will...

Even funnier if you read the comments in an Oz accent.